Is This A New HOPE for Homeowners? 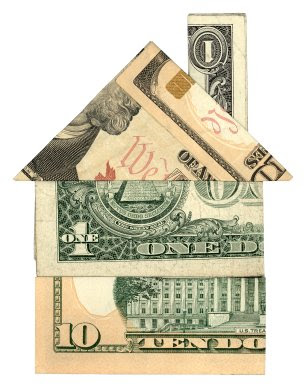 "You can always count on Americans to do the right thing - after they've tried everything else."


With the signing of the Economic Recovery Act on Tuesday in Denver, President Obama opened the floodgates on a huge pile of money. He announced this morning that 75 billion dollars, 25 billion more than expected, is now going to be earmarked to directly assist homeowners who are having trouble paying their mortgages. You may or you may not be in this category. There are other goodies strewn throughout the stimulus bill, but none will be lauded as publicly as this program.

We have been down this road before. Last year, we in the mortgage industry waited with baited breath for months for the government’s emergency aid package for homeowners. They came up with a program called HOPE for Homeowners.

A little about Hope for Homeowners below:

The HOPE for Homeowners program was authorized by the Economic and Housing Recovery Act of 2008. Since the President signed this vital legislation into law on July 30, 2008, the HOPE for Homeowners Board of Directors has worked diligently to develop and implement the program as directed by Congress. The Board was charged with establishing underwriting standards to ensure borrowers, after any write-down in principal, have a reasonable ability to repay their new FHA-insured mortgage.

The HOPE for Homeowners program ends September 30, 2011. The program is available only to owner occupants and will offer 30-year fixed rate mortgages - so the borrower’s last payment will be the same as the first payment. In many cases, to avoid what would be an even costlier foreclosure, banks will have to write down the existing mortgage to 90% of the new appraised value of the home

A co-worker of mine, who I used to give my standard answer – read the damn guidelines for yourself - whenever he started asking me questions about the details of a new program, did just that the day it came out. He was incredulous. "How the hell are we going to qualify anybody for this? If they need help that bad with an adjustable rate mortgage, there is no way they can get through underwriting."

His comments were more on the money than he knew – the much vaunted HOPE for Homeowners program, which was expected to assist HUNDREDS OF THOUSANDS of homeowners, has thus far helped LESS THAN ONE HUNDRED.

LESS THAN ONE HUNDRED.

In fact, as of last week, it seems that this program has seen only twenty five applications get through the process successfully.

It cost more to print the brochures up, disseminate the new guidelines to lenders, and train the staff at the FHA hotline than they have actually used to facilitate the program.

The moral of this anectdote?

Since the media has proved itself to unable or unwilling to keep our elected officials feet to the fire on their grandiose ideas once they are passed into law, and have been funded through appropriation, the only people left are US – the same people who gather here daily on the internet - to watch this latest pile of cash like a hawk.

The projections most of these kinds of programs use are actually pretty good. But implementing them in a way that allows them to function as intended seems to be a different story.

I hope, for these homeowners sakes, as well as President Obama's, that they get the ghost out of the machine before trying to put all these dollars on the street.