The Brown Man had a field day on Twitter yesterday with this Andrew Breitbart & ABC News thing:

With Andrew Breitbart on the payroll, I guess Disney now sells everything from cotton candy fantasy to race-based hate.

Andrew Morse of ABC, I know you don't want to hire too many minorities, but is Breitbart THE ONLY white man with a blog who can do this?

ABC's execs are so in love with Andrew "Blame-A-Black-Today" Breitbart they will let him send smoke signals from an undisclosed location.

I mean, what 500K a year ABC exec had the bright idea to say okay to Andrew "A Framed Negro Is A Good Negro" Breitbart?

So long as ABC cuts Andrew Breitbart a check George Stephanopoulos can go fuck a duck - there is no open season on black women in MY America.

Andrew Morse @ABC, here's a thought - just got to Technorati, click on "Political Blogs", and pick one of the top 100 to replace Breitbart.

Andrew Breitbart shows over and over that his sole purpose in life is to fight for the right to distort the truth.

But yapping is just yapping unless you take some kind action. From my pals over at Color Of Change:

Below is the message we'll send to David Westin, President of ABC News; Anne Sweeney, President Disney/ABC Television Group; and Robert Iger, President/CEO of the Walt Disney Company. You can add your own personal comments in the box to the left.

I find it appalling that ABC News would give Andrew Breitbart a platform on election night, given his history as a serial race-baiter who has shown no regard for the truth. Only months ago Mr. Breitbart was publicly disgraced for smearing Shirley Sherrod of the USDA, using selectively edited video and lies that he repeatedly uttered. After Breitbart was exposed, he refused to apologize, even as multiple news outlets had to themselves issue retractions and apologies.

I would expect ABC News and The Walt Disney Company to have some basic standard of integrity for those to whom it extends its media platform. Your present decision indicates otherwise and comes across as a slap in the face to Shirley Sherrod, to Black Americans, and to decent people of every background who believe in the basic value of truth-telling.

Andrew Breitbart has repeatedly shown he has no regard for the truth. By inviting him to participate in your Election Day programming, you are inviting your credibility to be called into question, while providing undeserved legitimacy to Andrew Breitbart.

I respectfully request that you rescind your offer inviting Andrew Breitbart to participate in your Election Day programming.

Reading my blog is great, but you need to sign up with Color Of Change, or send this letter to their email addresses or Twitter accounts, or call their front desk on Monday like your life depends on it.

DO IT TODAY! AND TOMORROW!

Do you get it, ABC? No Breitbart on ANYTHING, even if he's giving it away for free - not even if he shows up with an NAACP membership card.

My related story over at Big Think: 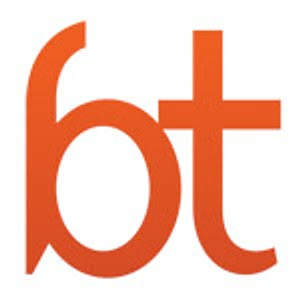 Maybe it was a good thing that I was headed out of town the day Juan Williams got whacked by the NPR head honchos. Because it probably wouldn’t have taken more than two or three hours before I would have had to write "take your handkerchief head wearing ass somewhere and sit the hell down."

By the time I got back from the great state of Kentucky earlier this week, where people in wheelchairs and on walkers come a dime a dozen and sorely neglected teeth are de rigueur, but the populace still hates the thought of getting any help from the federal government even though government money is the only thing propping their state up these days, all I could do was watch as Magic Bishop Don Juan Williams took his pimp game to FOX News for a full-time gig.


BigThink.com is a global forum connecting people and ideas.

You can access hundreds of hours of direct, unfiltered interviews with today's leading thinkers, movers and shakers, and, best of all, respond in kind. You can respond to the interviewee, respond to a responder or throw your own question or idea into the ring.