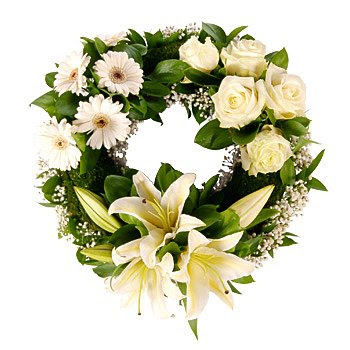 My mother received a flurry of calls last week from some of her friends and relatives who wondered if I had died.

A distant cousin of mine with a very similar name passed away last week. His name was listed in the obituaries in my hometown newspaper. Those who weren't aware or had forgotten that my given names are Arabic, not Anglo-Saxon, picked up their phones in a panic. It was the kind of anecdote that was funny and not funny at the same time, because it made me think about a subject most of us would rather not talk about – the possibility of my own demise.

The irony of this coincidence was further heightened for me less than twenty four hours after hearing this story, when I found myself in a church in Southeast Atlanta, staring at the polished wood of a casket just a few yards away. I was at the funeral of the father of one of S.’s longtime friends. I myself had only met the deceased once, but from the accounts of his life that I heard from his family and friends during the service, in many ways this ambitious, gregarious, expansive minded man was a lot like my own father, who also rose from humble beginnings to claim his piece of the American pie.

The pastor and the eulogist, who also happened to be a man of the cloth, did not shrink away from death, or the idea of dying – they met it head on. They placed the images of a man in his last days, images vivid in the minds of the family members who had attended to him in the end, into the context of the ceaseless cycle that will claim us all. They pushed, in the same way the thrusters on the space shuttle push against the earth to help the spacecraft break free of the Earth’s gravitational pull, against the agony that death tries mightily to bind to the living who are left behind.

For two hours, the things going on in the outside world that normally held our attention right about that time were crowded out. One of our common denominators – our humanity - had taken center stage in the lives of all the people assembled in the church for awhile. As the service went on, my mind pinging back and forth between the sobering brush with the thought of my own mortality, the manifestation of death in the form of a body in the casket in front of me, and the emotional fervor from the voice of the pastor presiding over the ceremony, I could feel a temporary rearranging of priorities going on inside me.

By the time I got in the car to go home, I was headed back to reality, both literally and figuratively, but with less of an edge than I’ve had of late. Reordering the locus of my own personal focal point, even for just a few fleeting hours, has altered the context in which I see things today.

So I won’t rail against Wall Street today – not that they deserve a break.

I won’t worry about the little things President Obama might do or say today while he signs the much needed Economic Recovery Act that normally rub me the wrong way.

I won’t attack my keyboard when I read stories about the massive graft in the rebuilding of Iraq, or the dead girl who was found in the Army barracks yesterday, or the dire circumstances of California’s empty state coffers.

I won't worry today about what I don't have, what I haven't accomplished, or what I have begun that I am nowhere near close to finishing.

Today, I will simply enjoy being alive.