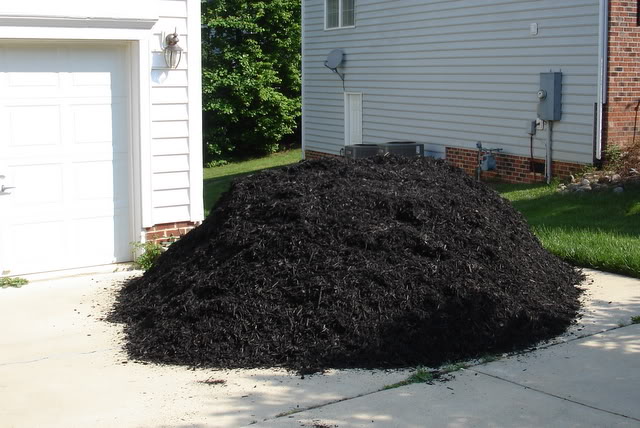 There wasn’t much TV watching or newspaper reading or web surfing going on this weekend in our house. I didn't get to see the man who wanted Lindsay Graham come out of the closet, although I had no idea he was even in a damn closet, or watch the endless hours of billowing ash clouds shown over and over that obviously touched the inner child inside of the cable network news producers fascinated by the idea of a real live volcano, or catch the clip of El Dumbo Rusho blaming the volcano eruption on the black man who lives in the White House, or listen to the incessant chatter from political pundits about the Supreme Court nominees as if they were contestants on American Idol.

Nope, this was one of those weekends where instead of cobbling together an extended profane political polemic like “Goldman Sachs Got 99 Problems But Telling Lies Ain’t One”, S. and I were eagerly working in the yard, cleaning away dead leaves, pruning trees and bushes, and spreading a black velvet colored mulch around the yard. Okay, “eagerly” is probably the wrong word for the attitude I had. It was probably more like “why the hell am I, a well documented life-long allergy sufferer, outside in all this damn pollen?”

The yard does look a lot better, although I am still itching and sneezing. I guess “yard” is probably the wrong word too – there is no grass (hallelujah!!) at all, just a couple of narrow, mulch covered areas between the house and the street. The only topiary are bushes that ring the red brick colored pavers of the turnaround and the perimeter of the front, bushes that are now like old friends whose hair I cut every week with scissors-like shears.

A friend of mine from across town showed up Sunday afternoon with his two boys and their friend after attending a soccer game just around the corner. Two four year olds and a nine year old, they were the Three Musketeers – one mini afro, one mini fade, and one Mini Wheats colored shock of blonde hair that kept disappearing around corners and behind cars, at least until the kids from next door came outside.

The family next door are Russians, as in Russians from Russia, with heavy accents like they have in the movies and an insane obsession with cars. Their daughter is in the second or third grade, and their son, who speaks a totally unintelligible polyglot of Russian and English fragments, is three. In twenty minutes, I’d gone from being a lone field negro bagging dead leaves while breathing through a makeshift turban to starring in a cast of characters that included S. with the dog, a bowl of popcorn, three pre-testosterone boys following the Russian princesses every move, and a three year old I had to do sign language with who hollered every time he saw a bee.

Needless to say, a good bit of that pile of mulch remains right where the truck dropped it off. For in the midst of all this chaos, my buddy remembered the brace of cigars he’d brought over, and pulled them out of his pocket. A word to the wise - if you ever get to choose your friends, choose the kind that are apt to pull a handful of Romeo Y Julieta double coronas out of their pocket . They are even better than the occasional bottle of hooch when it comes to making a friend's flaws recede into nothingness.

By the time this was all over, I had been forced to pull out my Super Soaker to defend my manhood. The kids had dropped so much popcorn on the paving stones, the dog had simply given up trying to eat them all. The pink Barbie Escalade had run out of power after careening around the cul-de-sac loaded down with passengers. And young Master Mini Wheats surprised himself by yelling “I love you” to the Russian princess from the backseat of my friend’s truck as he pulled off.

As I write this, there is a Thank You note on the table from another pair of kids who live a few houses down. They are likely to be of Russian origin themselves, although their families have been mainstream Americans for a few generations. The note reads, “Dear Miss S. – Thank you so much for our candy filled pumpkins, We are so happy that you live in our neighborhood!”

I thought about all of these things later, while S. and I and that handy Romeo Y Julieta I was puffing on began to start spreading the mulch over the deweeded, deleafed areas. I thought about the disconnect in America between our brownskinned president of the United States and those Americans who feel so strongly that he does not belong in the White House, that he is not their president, that he cannot be trusted to talk to their kids. I thought about all of the people I live around, who most of whom are white, to whom S. and the dog or me and my cigars and my hedge clippers are as ubiquitous as the pine trees are in the subdivision we live in. Why can't the crazy folks across America I didn't get to see on my TV this weekend see what my neighbors see? I mean, S. is tall, and is a lawyer, like Michelle. And I like to talk a lot, and I'm biracial myself, just like the president...

I thought about the disconnect between my neighbors, who expect to see me and know who I am, and the weekenders touring the neighborhood whose eyes often jump when they see me trimming hedges in my “Obama” t-shirt while puffing a trusty stogie. I think of the one weekender in particular who saw me coming out the garage a couple of years ago and slammed into reverse. It took three months for the paint he scraped away from the bumper of his brand new car when he hit the stone wall ringing the cul-de-sac to fade away.

Meanwhile, a stubborn subset of white America continues to embarrass their saner, more normal brethren on an almost hourly basis these days on my TV. It's almost enough to make me want grab one of those choice Romeo Y Julietas my buddy brought me and head outside to that slowly dwindling pile of mulch and get to spreading.

Then again, I could just smoke the cigar and think about doing some work. 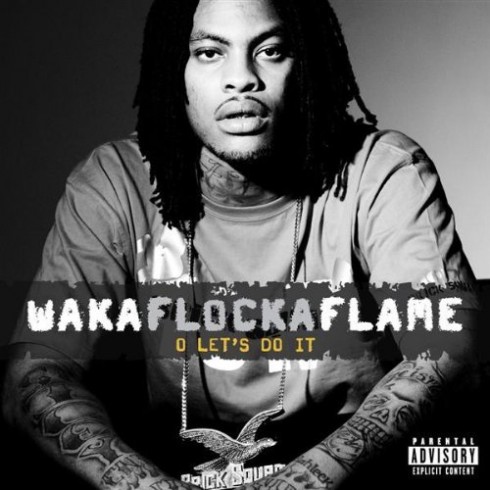 I never really thought of Easter as a holiday growing up. Back then, Easter meant interminable treks through department stores, looking for new clothes. A longer than usual church service, where you sat scrunched up next to people because all of the once-a-year Easter visitors who came that Sunday.

The only saving grace was the food.

I still don’t think of it as a holiday, but S. does. Which means we have a feast, the kind that requires us to pull out a hundred dishes that will take two hours to clean up afterwards. A variety of wine. Scrumptious desserts. And then we sit down to eat after church, where I am now one of those once-a-year Easter visitors who makes everybody sit closer to their neighbors than they really want to be, and eat and talk for hours.

There is something about the languorousness of it all, the slow progression from your first serving to your second, the settling effect that allows you to begin digging into dessert an hour or so after the main course, and the warm patina a few glasses of wine give to the whole thing, that makes it feel positively Italian, if real Italian family dinners are as decadent and baroque as the ones we see depicted in the movies. It felt even moreso this year when the Resident Diva dubbed my brother “Luigi” out of the blue, after the Super Mario Brothers video game character.

The conversation is, loosely speaking, a round robin affair, with stories and gossip and imaginatively recounted memories that are poignant and hilarious and heartfelt all at once.

Which is how I learned who Waka Flocka Flame is.

How my brother, isn’t much younger than me, knows who this rapper with no album is is beyond me. But the Resident Diva, who was as surprised as I was that my brother knew this, took the storytelling baton from my brother and kept running with the tale about the rapper with the crazy name.

The name was so funny I kept saying it over and over.

Then I open up my USA TODAY yesterday(yeah, I know, its a schlocky excuse for a newspaper, but hey, I’m a writer – a social and political commentator, no less - you gotta look everywhere for ideas these days) and I see that Michael “Money Mike” Steele has got all his executive rats jumping ship.

I turned on the TV last night to see slimy Republican hatchet man Alex Castellanos, who was an unpaid advisor to Steele just last month, stare into the camera and call for Steele to step down. Castellanos looked as if the big money boys in the GOP had a gun in his back. If you ran diagnostics on the video with some super sensitive recording analyzer you could probably pick up a faint “TELL THAT NEGRO TO WALK THE PLANK! NOW!” coming through the Castellanos earpiece.

Steele, looks like you are on the ropes. The way “Luigi” and I and a few of my other brown-skinned consigliore’s see things, your boys have two choices. They can offer you a cushy landing pad at one of these fake ass think tanks they pay to print up propaganda and drop $30,000 or $40,000 a month in your direct deposit for a year or two, to keep you quiet…

…or jump into this dogfight to get you out of office with both feet and risk having you spill the beans on the whole operation.

If I were you, “Money Mike”, I’d call in Waka Flocka Flame. Tell the board you are working on a “resurrection” of your chairmanship, and Mr. Flame is your first new “disciple.” Keep it simple - make him your “fuck you” consultant. From what I’ve seen in the videos on youtube, he is very, very good at saying “fuck you” with meaning – not Samuel L. Jackson type good, but pretty damn good for a rookie who says he’s only been rapping for six months.

Could you imagine Brian Williams having to report on that shit? "In today’s political news, RNC political consultant Waka Flocka Flame dropped the 'F-bomb' 37 times…in one sentence during a fundraising call before exhorting large donors to 'help us get our stacks up, bitches' for the fall election season."

Think about it, Money Mike.

You’ve got nothing to lose. You would make history. Who knows? The RNC board might even kick in a NetJets lease for 12 months “to ease your transition” if you brought enough real flavor to the office to scare the shit out of them.

Blacksheep Political Consulting won't even send you a bill for this hour, Mike...

...but we'll be happy to let you take us to the strip club the next time you're in the ATL.