The Word For Today Is "Riot" 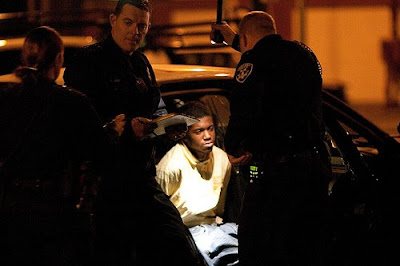 There is only one word that you will hear for the next ten days, everywhere you turn.

I am a child of the South. I’ve lived my whole adult life here. So I am not familiar with the sights and sounds of a riot. There are plenty of black people where I grew up, and they have known in their time as much oppression as blacks anywhere else in America, if not more.

But this atmosphere that can lead to black people who are so angry, so frustrated, so powerless that they are willing to burn, loot and pillage their own community is foreign to me. I've been trying to get a handle on this, by reading some of the uncensored comments by Oakland residents that are floating around the web, as well as comments by those who inhabit similar communities who also feel like they have been at one time on the edge of doing similar things, but I've got to admit, it is not sinking in. It is physically a long way from these suburbs I live in to the street corners of the hoods around downtown Atlanta. Metaphorically, it's farther than that, a divide that is so vast at times I might as well be standing on the rim of the Grand Canyon.

But it's not so far that I can't understand why the central premise – a young black man who may or may not have committed a crime is arrested, handcuffed, and then is murdered in cold blood – causes the kind of emotional firestorm that it does within one’s chest.

We know all the circumstances, all the pathologies, all the root causes that can lead to riots. But what are we as a brown skinned tribe willing to commit to doing to bridge this disconnect between those of us who have the ability to internalize anger, and those of us who don’t?

I’d like to slip in an old writers trick here, and reverse the last statement I just made in a new question, one that plays devil’s advocate by wondering if those who don’t internalize anger well could be on the right side of things, but I can’t bring myself to do that today - I know as well as you do that there have been never been any meaningful changes made in American society because we as black people burned down our own homes and businesses.

And yet some of us, who know better, who have educated themselves out of the hood, or earned themselves out of the 'hood, and even those of us who have been suburbanites all our lives, who talk the talk and walk the walk of community empowerment and education and “each one, teach one” will sit in front of our computers screens and our TV screens and silently nod in solidarity at the rage that palpates for the cameras.

Don’t let the smooth taste of the champagne you will be drinking on January 20th fool you – there are many, many of us who will have very little to celebrate when Barack Obama takes his oath of office.

I hope Barack Obama comes to own the office of the presidency as well as Roosevelt, or Kennedy, or Lincoln did. But while he gets busy in the Oval Office, doing what he has to do to keep the country together, we need to own ourselves, both individually, and as a collective, in a way that begins to include more of us who are angry, frustrated and powerless.

Maybe the things we think that are solutions to this are just plain wrong.

Instead of thinking outside the box, let’s forget there is a box. I have no idea what the right thing to do going forward is supposed to look like, but I know damn well its not supposed to look anything like this. 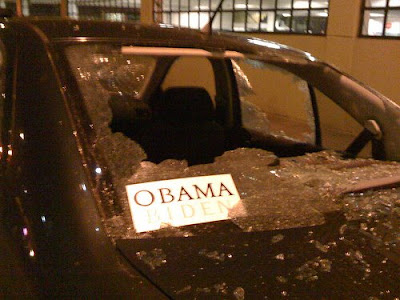 Three links to three different perspectives that were on the scene:

Reportback From The Oscar Grant Protests/Riots

Oakland businesses clean up after riot