Our Magic Wands In The Age Of Obama 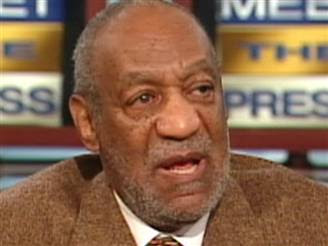 I was cooking up some pancakes yesterday morning when S. turned Meet The Press on. Bill Cosby's face filled the screen as he stared at the camera while David Gregory, the show's new host, asked him a question about his book Come On People. When I saw Alvin Poussaint, Maxine Waters, and Adrian Fenty around the table, I shook my head - this would have been a good day to have cereal so I could watch the show in peace.

It didn’t hit me how much I had enjoyed watching them until S. switched to George with George Stephanopoulos, who had a half hour interview with the man himself, Barack Obama. I looked up from the last pancake I was frying and took in the scene I was a part of with pride.

One brown man cooking pancakes. Two brown skinned teenaged girls eating pancakes at the other end of the kitchen island. One brown skinned woman reading the paper at the breakfast table. One brown skinned president elect on the TV droning on about his plans for America. And one brown haired dog staring up at all of us, hoping someone would give him a piece of sausage.

"Maybe", I said to myself, "these two girls are already starting to feel some of the positive vibes from having an African American president about to take office."

That notion was quickly dispelled when they got up to put their plates in the sink.

"Mom," our resident diva said, "do you think Obama's cute?" She and her friend giggled as her mother raised her head to peer over the top of her glasses at the TV screen, as if she didn't know what Barack Obama looked like.

As Stephanopoulos trotted out his Sunday regulars – George Will, Newt Gingrich, Peggy Noonan and Thomas Friedman, after the Obama interview, I tried to figure out just what it was that really made watching the panel of black people pontificate about America's ills on Meet The Press more enjoyable than watching the panel of white people do the same thing on this show.

The obvious answer, that I had an affinity for the group of black commentators and activists because I was black, didn’t carry a lot of weight. To me, Alvin Poussaint could have been a black version of George Will. I thought Maxine Waters was trying too hard to show that the Black Caucus would still be relevant to an Obama Administration. Fenty was so smooth he made Obama sound like a country bumpkin, and Cosby could wander off topic at a moment's notice.

It wasn't until I pushed the plate away after eating my pancakes that I figured out what it was. It came to me when Peggy Noonan made an offhand comment on the Stephanopoulos show – "its getting tough out there" – as if "out there" was a part of a different world than the one she inhabited. The real difference between these panels was in the way the two groups talked about America.

The black group, for all its shortcomings, referred to the black community and larger society in a way that said "we stand amongst you as fellow human beings." The white group, by contrast, seemed to be annoyed by all of us out there, white and black and latino alike, with an arrogant disdain for those masses of us who did not inhabit their particular rarefied slice of the universe.

I went back to the images from Meet The Press as I began to clean up the kitchen alone, since everybody else had mysteriously disappeared after eating. It seemed like more and more black people were talking about serious issues on TV these days. This was the beginning of the next new thing, I figured, that black people en masse would begin to adopt as they caught on to the trend.

I was snatched from my revere by a local show called I.Q., a modern day version of the Quiz Bowl program here in metro Atlanta that pitted area high schools against each other in a knowledge contest. The North Atlanta suburban high school represented on the show turned out to be a school a couple of miles away from me. All of its contestants were white students. The South Atlanta high school represented was on the other side of town. All of its contestants were black students.

I thought back to the news shows that had been on earlier as I finished wiping down the counter. The abstract notions they had been arguing over, the children that they had been so concerned about, the educational systems they had all complained about – it was right here on display. The I.Q. commentator's questions flew. The students pushed buzzers. They gave their answers. And by the time they got to the final round, the white students had pulled so far away from the black students it was like a scene about racial stereotypes that had been pulled straight off of Good Times.

I thought about some of the answers I'd blurted out while waiting on the kids to respond. These were not things that I had learned by osmosis growing up. A lot of it came from supplemental reading materials that exposed me to art forms and philosophies and theories that we don’t naturally talk about at the barber shop or while watching the game. Or hour upon hour spent at the library when it was too hot to play outside.

I thought about the things that we as a people do not know, not because we don’t have the capacity to retain the knowledge, but because we have not taken the time to be exposed to it. If you have a sense that this "Age of Obama" we are entering is going to change your life because someone waves a magic wand, you are absolutely right.

The thing is, we already have that wand in our hands. And the someone who will be waving it is you. We've had these magic wands all along, just like Obama did back when he had nothing but time and opportunity. Those kids on that quiz show have a magic wand in their hands too, one that I hope they will use to reach out to the parts of life they don't know anything about yet so they can play the game of life at its highest levels.