Guess Who's Coming To The White House 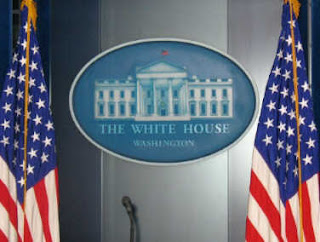 I talked to my best buddy on the phone yesterday about Tuesday night’s historic moment. Our boy Obama would be the Democratic nominee in this year’s presidential election.

“Were people talking at your office?” he asked me.

“Not really. They aren’t the politically oriented type, for the most part. And there isn’t anybody who talks about politics in the office.”

“They weren’t saying anything?”

“Dude, there are only two black people in my office – me and the other guy. Most of the others are Republicans. Or they just don’t give a damn.”

“Man, in my building, everybody was talking about it – in the elevators, in the lobby – and when they saw me, they smiled a little harder. Some of them said they thought this was great for the country.”

“Come on, man – you know what kind of people are in my building. They’re lawyers, middle-level professionals, the kind of people who are used to rationalizing things. They can rationalize anything so long as it doesn’t change their lives too much.”

These people my buddy talked about are right here in Atlanta, but it seems that they match to a “T” the profile of Obama’s strongest demographic – college educated professionals who make over fifty thousand dollars a year. These are kind of liberal-minded parents who raised the army of young campaign volunteers vital to Barack Obama’s success.

My buddy asked me a question. “So what is Barack going to do about Hillary?”

“You remember the movie “Guess Who’s Coming To Dinner?”

“The unique thing about that movie was the way the characters related to each other. Sidney Poitier’s character was arguably the most intelligent man in the film – a renowned black doctor. I mean, the thing he had to do to navigate the tensions between him and Spencer Tracy and Katherine Hepburn, who played the liberal-minded parents of the young white woman he wanted marry, was to stay calm, to be forceful but not arrogant, to be magnanimous – kind of the way you do when you want to let an opposing lawyer off the hook, even though you’ve got him by the short hairs.

The images from the movie of the palatial San Francisco home that served as a backdrop for the intensely emotional drama of two parents coming to grips with the idea of their daughter in an interracial marriage stayed with me all night. The obvious irony of Barack Obama’s own background was not lost on me – maybe subliminally, I had chosen to use this film to explain what I thought because it was on some level a conversation Obama’s father must have had with his in-laws, even if it was after the fact.

After their initial shock, Hepburn and Tracy realized they couldn’t sway their daughter, so they took another tack, asserting that an interracial marriage would harm the children from the marriage.

"She feels that every single one of our children will be President of the United States," Poitier defiantly told Tracy. "And they'll all have colorful administrations."

The most amazing thing about this movie when it came out was the way Poitier held his ground throughout the entire performance, conceding nothing to Katherine Hepburn, standing his ground ideologically with Spencer Tracy. Through it all, Poitier exhibited the kind of nobility, grace and self restraint that we are being re-introduced to today through Barack Obama as he stars in his own production, “Guess Who’s Coming To The White House.”