Let Me Hear It Just One More Time 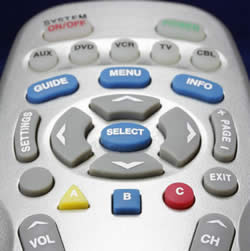 The REWIND button on my remote control is my new best friend. I was still pushing it at two o’clock in the morning, hitting PLAY right where Senator Barack Obama soberly intoned “new and better day to America”, so I could hear him say “I will be the Democratic nominee for President of the United States” just one more time before I went to bed.

Usually, on primary night I am eager to see the comments by the talking heads, mainly to give some sense of perspective to the information about the Democratic primaries that I regularly gather on the internet. But last night, after the panelists on the CNN set started dissecting Obama’s speech – “why didn’t he say anything about being the first African American candidate?” – I hit REWIND for the first time, releasing it just after the thunderous applause had died down before the Illinois senator began to speak to the crowd in Minnesota.

Having read the text before the speech was broadcast, I’d been struck by the number of times I saw the word “change”. But when Obama delivered his speech, the repetition of the word “change” worked FOR him. It allowed him time to extend his arms, to pose for the crowd and the cameras,

After calling my mother – our new ritual this spring, the post primary recap - she and I exchanged a few words. "Why are they worried so much about him acknowledging that he's black? They don't think he knows that? That we know that?" After hanging up I hit the LIVE button. Now the talking heads were concerned with Hillary Clinton. What should Obama do about her? The electricity in the air between the talking heads was palpable. The biggest upset of all time in American political history had just been confirmed, and they had been right in the middle of it all the way. They had been on our TV’s every night, agonizing over what states to count, and which kind of votes counted the most, or arguing over whether the super delegates mattered more than the delegates.

Often reduced to spinning arcane theories, spouting bizarre political trivia, or entertaining ridiculous ideas from campaign surrogates, they looked for the most part like they were ready to deal with yesterday’s events. But much of their rhetoric, especially from the late night crew, still seemed to be stuck in mid-March rather than reality. The “what does Hillary want?” dialogue in particular was intruding on Obama’s moment. My moment. Our moment.

My REWIND button was still there. Now, after rewinding, I fast forwarded through the speech to the good parts – the two points in the sermon where Obama began to preach. The first, a run on rant about education that invoked shocking images from the poorest school districts in my home state of South Carolina, got me in the gut because I know just how bad they are.

By the time he got to the second and final climax - the “this was the moment” refrain - Obama was good and warmed up. The framework of his stump speech at the ready, he used simple images to stand in for his core issues and allowed himself to open up emotionally – as much as his demeanor would allow - his speech practically a chant now, completely capturing the attention of his audience.

That’s what Barack Obama did last night in St. Paul, Minnesota. He let us see more of his energy than we have ever witnessed from him on a national stage. He used his natural cadence like a metronome, exploiting the authoritative but soothing quality of his baritone voice to help him keep the crowd from devolving into a celebratory spectacle. He showed us, in many ways large and small, that he is ready to fight the hard fight ahead to become the 44th president of these United States.

My REWIND button will be getting a another workout when I get home tonight.