This Is Not A Horse Race - Again 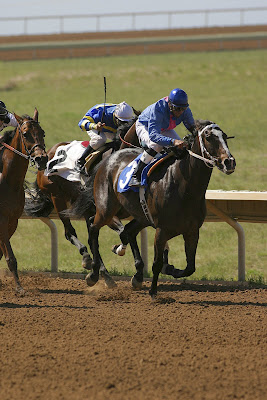 One of the fallacies that has been propped up by our main stream media journalists for the last three weeks is that this election is still a horse race. What almost all of them conveniently ignore is the tremendous amount of energy, time, money, and an improbable shift in the actual demographics of the remaining battleground states that would be needed for the Clinton McCain campaign to garner more than a 50% total of the outstanding pledged delegates votes in each of these states she is projected to get based on current state by state estimates.

I wrote the original paragraph above back in May, when Hillary Clinton’s campaign was flailing against Barack Obama’s organization. The title came back to me as I thought about the political pundits on TV last night. There was no real tension in their voices as they speculated about tonight’s final presidential debate and the things each candidate needed to accomplish, because they know what you know – John McCain and Sarah Palin have very little chance of winning this election.

The thing that is maddening to me this time around is that every journalist in the country who is on the political beat or is a political columnist, people whose job is to understand the actual mechanics behind getting out the vote, don’t do a better job of focusing on why the feeling of an inevitable loss by McCain/Palin is so similar to the feeling you got back in May when Hillary Clinton’s team was on the ropes.

Barack Obama and his top strategists have taken the business of politics as seriously as the Mafia took the business of crime. Their decision to make the internet and the small donor the backbone of their fundraising efforts was as revolutionary to American politics as Henry Ford’s assembly line was to the manufacture of automobiles. The methods they used to mobilize and deploy their campaign resources - money, manpower and volunteers – are as pioneering to political organizational planning as John D. Rockefeller was to the distribution of oil.

Do you think you will hear any of this tonight after the debate from your favorite political pundits?

This level of execution has changed the dynamics of our electoral process so much that our traditional political bellwethers have become anachronistic. Tonight’s debate is almost a formality. Too many people are planning to vote this year, people who don’t seem to understand that they are supposed to have landlines, like good Americans, and that they are supposed to wait by their phone to be polled. Too many dollars have been raised from individuals who don’t seem to understand how much quid pro quo is supposed to be gotten in exchange. And waaay, waaay too many people are on the internet, talking to each other when the latest "information" being disseminated doesn’t seem to add up.

But the people who get paid the big bucks to analyze this election will be telling you the same old stuff they said last week. The campaign commercials will recycle things you already know, but with a more insistent tone in the narrator's voice. The campaign surrogates on both sides will continue to parrot their talking points, with the Republican ones trying their best to look particularly earnest.

And John King, the guy on CNN who plays with the snazzy electoral vote map, will be working overtime tonight to explain to you just how John McCain and Sarah Palin might still be able to pull this out.