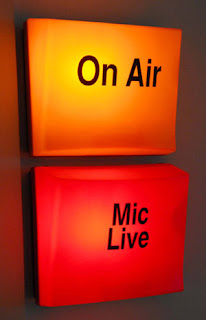 In an innermost recess of CNN:

"Say it slower this time, Charlie. You're our best anchor - the phone will be ringing off the hook if you sound like you're spitting his name out."

"Charlie - I didn't say sound like you were an idiot!"

"Dude, I got nothing to wrap my tongue around. Bush? 'Buh.' Clinton? 'Ccc.' Bush? 'Buh.' Reagan? 'Ruh.' THOSE are presidential names. I mean, Jesus Christ, his name starts with a vowel!"

At a presidential campaign headquarters:

"That son of a bitch must of worn a rubber every time. You can't find not one woman he abused? Are we even sure he's a man?"

"Senator, I understand your-"

"He has screwed someone, I mean screwed her and screwed her over - maybe in college - and now she wants to get him back. We just have to find her."

"Senator, our investigators are drawing blanks-"

"Jimmy, investigators do not draw blanks when their client is running for the presidency of the United States. I don't care who she is, I don't care how much you have to pay her to say he raped her. Raped her and beat her up. Just make sure she's blonde. Blonde and pale."

At a hotel bar after the NAACP national board meeting:

"Gotta a black wife, go to a black church-"

"I don't mean that. What I'm saying is, how do we know he won't pull a Tiger Woods?"

"That Cablasian stuff? Come on, man - Tiger doesn't even believe that."

"Goddammit, Roy, you're beating around the bush. Will he still claim us if he wins?"

"Chile, that Michelle Obama got her a fine light skinned man."

"What you talkin' bout fine? You see them ears?"

"Chile, he give her girls that good hair. Ain't nothin' wrong with his ears."

"I get stuck with a man like that, first thing I'ma do is feed him. Ain't he skinny?"

At an American Legion Hall:

"I got underwear older'n that Hussein fella `sposed be runnin' for president."

"Didja heered Limbaugh say he used to be a drug dealer?"

"I still don't unnerstan' how they put that boy in the Senate."

"Didja ever know anybody whose mind wadn't OFF once they been on them drugs?"

In the mall-sized parking lot of a prominent southern Baptist church:

"We in the final hour of this thing, and this little redbone negro who call his self a preacher got to SHOW HIS ASS every night on TV."

"Why hasn't she dropped out yet?"

"I'll bet that little negro is gettin' paid off. Selling us out for a bag of silver."

"Why isn't this thing over? You still didn't tell me what you thought about this new dress."

"I wish I would run up on him, talking `bout he a man of God. He'll be praying for me to take my hands from `round his neck!"

In a living room in a western state after dinner:

"Goddamn Democrats gonna turn me into a Republican! Turn that TV off, will ya honey?'"

"Dear, it's going to be alright. Didn't you tell me your new boss is black?"

"Yeah, but that's different. This is for the PRESIDENCY...to be the president of the United States!"

"What the hell is arugula lettuce? Why are you telling me this?"

"Well, other than the thing with the lettuce, he sounds a lot like you, dear."