The Resident Diva Goes To College 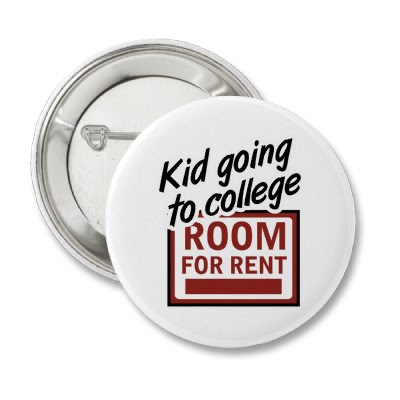 It is an ending and a beginning, all in one day.

It is a ritual that has become as American as baseball and apple pie.

Moving away from home and into a college dorm is the beginning, for many teenagers, of the rest of their lives.

After spending a good part of the morning yesterday lifting boxes and carryalls and suitcases, I thought, "this girl sure has a lot of stuff." I remembered my own trek from South Carolina to Atlanta twenty five years ago, with a trunk and a couple of suitcases and a couple of plastic bags and a boom box that took my brothers and my parents ten minutes to unload from the back of the station wagon.

The other rooms I passed on the way to the Diva's, though, looked like showrooms at a furniture store compared to the Diva's minimalist design scheme.

Who would have ever thought that a college dorm room would have a design scheme?

I stood in the middle of her room and said, "my first dorm room stopped about right here." I walked around the big expanse, still talking. "Come to think of it, I think I could have reached out and touched my roommate, his bed was so close to mine. We had no choice but to talk to each other before we went to sleep."

The Diva will be fine. She's been to enough sleep away camps to know the roommate protocol, and she has gotten the jump on her roommate by getting checked in first, so she can rest easy, knowing that she wasn't forced to take the bed that was left.

I guess S. may rest easy in a few weeks, as she slowly gets used to the idea of an empty bedroom upstairs, and the reality of a student with a key to the whole wide world who is living away from home.

You can already tell the difference. It is the quiet of emptiness - or it will be, when S. stops walking around in the Diva's room after a couple of days, rounding up the items that now are all important because somebody didn't take my advice and start packing her stuff two weeks before leaving.

I learned a lot of things the hard way myself.