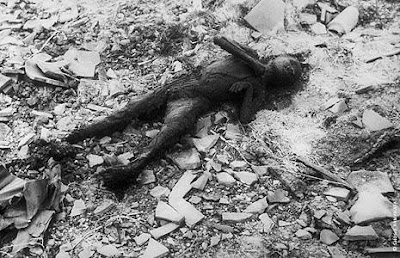 ...in fact, I know next to nothing about what kinds of policies we have regarding individual nations with whom we are either allies or enemies.

But after watching parts of the G-20 summit, and the reactions by our esteemed political gabfest regulars, I am convinced that a seasoned kindergarten teacher could do as good a job as the so called "experts" when it comes to understanding the motivations behind the actions of our rivals.

Because if you look at the proceedings in Pittsburgh dispassionately, what you see is the same scuffling for attention that five year olds do when they are on the playground.

Now we see everybody under the sun howling about Iran gaining the power to arm their very own nuclear weapons. I thought our own president, Mr. Barack Obama himself, who, at the very same G-20 summit where all of the news about a secret reactor in Iran began to come out, said that "no one nation should try to dominate another nation."

"Responsibility and leadership in the 21st century demand more. In an era when our destiny is shared, power is no longer a zero sum game. No one nation can or should try to dominate another nation. No world order that elevates one nation or group of people over another will succeed. No balance of power among nations will hold. The traditional division between nations of the south and north makes no sense in an interconnected world. Nor do alignments of nations rooted in the cleavages of a long gone Cold War."

Why do we say these things when we really don't mean them?

Because if I'm the ruler of Iran - not Ahmadinejad, but the people he answers to - and believe that my national sovereignty is as valid as any other country's ability to decide its own fate, then I'd probably tell the UN Security Council to go jump off a cliff.

In many ways, it is analogous to the "family meeting" concept that caught on in the 80's, where everybody in the household got together to discuss major issues affecting the entire family. Who had the veto power in those meetings? The parents - the people who were paying for the very room in which the meeting was held.

I'd much rather have my president tell it like it really is - that we get all the say so because we are paying the lion's share of the United Nation's bill with some of the money we've borrowed from the Chinese; that we'd really like to quit building these nuclear weapons because they cost too damn much, but we don't have the muscle to make India, Pakistan, North Korea or Russia give theirs up; that we consider the nukes in France and the United Kingdom to be the same as being located behind our borders; and that we give Israel a pass, mostly for having the moxie to claim an official policy of "nuclear ambiguity" with a straight face when we all know they've got them.

I won't be holding my breath waiting for anything like this to ever happen.

As a communication tool between sovereign nations, the United Nations was a good idea, but the pomp and circumstance and posturing that passes for diplomacy has gotten in the way almost since the beginning.

And if you stop a minute, and think about the facts that are involved - if you take a long, long look at the picture of the little boy in the picture above, who was burned to a crisp in Nagasaki, Japan in 1945 - the only country I can think of that has ever used nuclear weapons in a wartime conflict is...

...the United States of America.