No Civil War "Do Over" On The Horizon 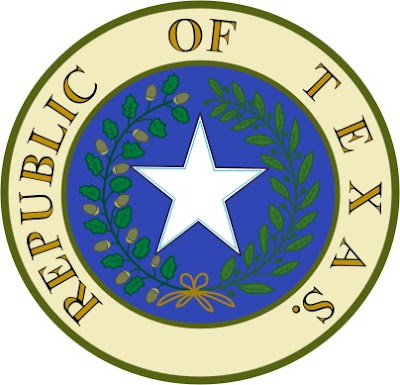 S. and I were talking this morning about the Texas governor's pronouncement that Texas might be ready to secede. It led to a conversation about some of the attitudes she had encountered since moving to Georgia.

"These people in the South," she said, "seem to be unwilling to deal with reality."

I had to laugh at that one. "My buddy called the other day to remind me that these people were not going to sit quietly after the election. 'We could have another civil war' he said.

'My man,' I replied, 'the last Civil War was between two fairly weak opponents who weren't really prepared to for a long battle. There is no comparison. The modern day Union has all the firepower this time. The only way these guys have a chance at doing anything like this is if a foreign power backs them.'"

S. cannot get over how pervasive the memories of the Civil War still are here, as if some of these people think they are actually asleep and living in a fairy tale, a nightmare from which they will one day get to wake up from to see life reverted back to the way it used to be.

However far fetched the idea of secession is, or the idea that these people who see themselves as the newly disenfranchised are going to "take back the country" goes, the sentiment underlying it is real. And in a lot of areas like Atlanta, where there are many communities who are unsatisfied with the way they perceive their taxes are being used, they have done something about it, which is the kind of small success than can lead to dreaming of bigger and better conquests.

Back in the Thirties Fulton County had been enlarged dramatically - Milton County, a rural jurisdiction to the north, went bankrupt and was absorbed by Fulton. Ford had a plant on the Southside. Rail spurs ran through the area. Post war development took off, and by the time the airport as we know it came into its own in the sixties with international flights, the Southside was fairly mature. North Fulton was still farms. White flight in the late sixties and early seventies slowly changed the complexion of our county commissioners.

By the eighties, turf wars, infighting, and in some cases out right incompetance typified the Fulton County commission's operations. An airport scandal erupted. Boondoggles began to blossom. Budgets got bloated. Commissioners got arrogant. Not only did they use the higher taxes generated by the more affluent northern suburban districts to subsidize southside infrastructure construction, they informed their constituents that there was nothing they could do about it.

By the nineties the farms in North Fulton were mostly gone, with a new subdivision sprouting out of the ground every week. Construction of an interior hwy through this area had opened up access, and with the tech boom in full swing mini-mansions became the symbol of North Fulton. With more and more residents, more and more need for services, and a commission that was at best abrasive to its northernmost tax payers, discontent set in. Smaller cities on the north end of the county grew bigger through annexation. Sandy Springs, which had been seeking to wrest control of its tax dollars from Atlanta since the early seventies, finally became a city a few years ago.

Now there are no parts of North Fulton that are unincorporated. My new address is John's Creek, Georgia, one of the states newest cities, although I will continue to use Alpharetta as my mailing address until they quit bringing the mail. Other than the new police cars which seem to zip around with abandon, searching for someone to arrest, nothing much has changed.

Talk is circulating now about reviving the old Milton County, since those "ignorant, savage politicians", most of whom just happen to be black, the ones who are "stealing our money to put new roads in on the south side" according to North Fulton residents, need to be stopped.

The thing is, it took a lot of different peoples - blacks, Irish, Italians, Germans, French, Indians, Chinese, and now Mexicans - picking cotton and potatoes, manning production lines, cutting timber, laying bricks, assembling railroad tracks, harvesting grain, processing food and building houses to get the United States to where it is today. Maybe these people who are so dissatisfied want their America to be like one of those little European countries whose populations are pretty homogeneous but don't have the capability to produce much more than moral outrage and subtitled movies.

Try as they might, though, there will be no Civil War "do over".

Just because the people brought here to do the heavy lifting have figured out how to run the show is no cause for alarm. It's at times like these when you get to see who the real patriots are. We are about to find whether our newly "disenfranchised" can walk the walk and live up to the ideals we talk about all the time, the ones we swear make America great. Or whether they are willing to tear apart everything WE'VE ALL built just to feel like they are in charge again.