Obama Stimulus Plan Can Be A Win For Everybody 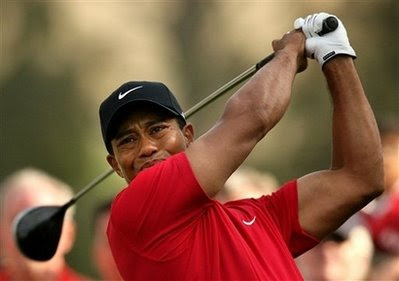 I don’t think it’s a coincidence that Tiger Woods is going back to work today, the morning after President Obama’s address to Congress.

If I were Bobby Jindal, who is touted by many in the media as a rising Republican star, I would give Phil Mickleson a call, to see how he deals with the fact that he doesn’t have a chance in hell to catch the world’s number one golfer. Because that’s about how Jindal came across during his Republican response to President Obama’s address – okay, but no where near as good as Obama. Jindal looked more like a third year medical resident than the head elected official of Lousiana.

As I watched the people in the House chamber clamber over one another to get close to President Obama as he made his way through the room, I thought of Mr. Woods, another biracial American legend, who routinely generates the same type of enthusiasm. The PGA’s current fortunes aren’t quite as bad as the fiscal crisis the nation is in, but its future depends greatly on the efforts of one Eldrick “Tiger” Woods Jr. to bolster its declining ratings before the time comes to renegotiate TV and sponsorship agreements.

Woods has an unmatched temperament, unrivaled shot making ability, incomparable length off the tee, matchless drive and a mind boggling will to win. He has given the PGA the identity of a winner. From what I’ve seen so far, President Obama has the capability, the smarts, the demeanor, the energy and the will to do the same for America.

If I were Governor Jindal, or Governor Crist, or Governor Schwarzenegger, or Governor Sanford, or even Governor Palin, I'd try to look at the big picture, the way all the other guys on the PGA Tour do when they think about Tiger. Even when they lose to Woods, they still win, because ALL their paychecks have just about tripled since Woods came to the Tour thirteen years ago.

Whether you are a Democrat or a Republican right now, a win for the Obama stimulus plan is a win for everybody.