The Swords Are Being Sharpened 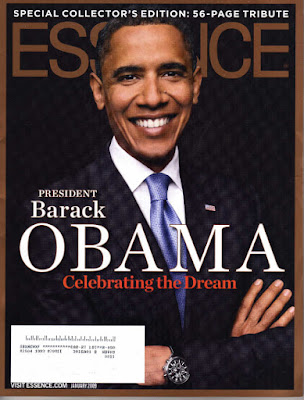 I read the crazier parts of yesterday’s indictment of Governor Rod “Whatever His Name Is” to my buddy when he was driving home and he thought I was pulling his leg. Then he fell back into lawyer mode, his voice dropping an octave to his serious professional tone. “What kind of exposure does Obama have?”

“Were you listening to what I just read? ‘I’m supposed to give Obama’s pick the Senate seat and all I get is appreciation? Fuck him!’ Does that sound like quid pro quo to you?”

“On the flip side, though, they have been investigating this guy for years, so who knows what else might come out. Your boy Kwame Kilpatrick didn’t go down for anything he did this year – it was the coverup of stuff from the past that did his dumb ass in.”

This governor of Illinois, Rod Blagojevich, must not have watched The Sopranos. Even school kids these days know better than to talk on the phone about stuff they don't want anyone to know when they think it’s being recorded by the coppers.

Reading through the portions of the transcripts from the wiretaps that the prosecutor decided to include in the indictment, I started to fell like I was reading a Bernie Mack monologue. Bernie couldn’t work his favorite expletive as hard as Rod “What’s His Name” did. When I got to the part in the indictment that included profane commentary from the Governor’s wife about the way the Chicago Cubs were being managed, I shook my head as the earthy voices of Tony and Carmella Soprano cursing vociferously at each other came back to me.

The latest issue of Essence magazine had come in yesterday. Barack Obama’s confident eyes were staring at me from the cover of their special issue. The subtitle, “Celebrating the Dream”, was in red letters superimposed over his chest. I looked at it for a minute with a wariness similar to the caution that had crept into my buddy’s voice when he imagined that Obama might be facing some kind of danger.

I hope the phrase “ethics of responsibility” that Obama emphasized to Tom Brokaw in Sunday’s interview with Meet The Press is something that he lives by, because the political swords against him are being sharpened as I write these words.

Despite the worldwide jubilation over this historic election of the first African American president, there are those who have not given a moments pause to destroying Obama.