When Naked Ambition Is A Good Thing 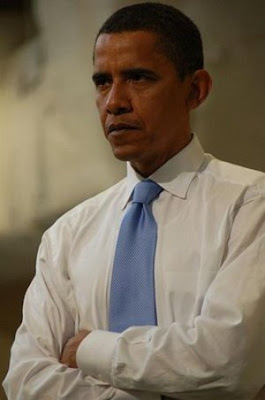 Barack Obama has re-imagined almost every aspect of a presidential campaign, changing the way we describe our American political culture. So is it too much of a stretch, given all the innovative and surprising ways we’ve seen the Obama campaign operate these last few months, to expect him to approach his new job with the same unorthodox methods that he used to get there?

We’ve gotten used to using the water level of people in our bureaucracies who have been professional time wasters. We are having a hard time fathoming how a new president can fundamentally realign the expectation levels of his individual staff members, especially in ways that could actually foster real changes in the way the permanent Washington bureaucracy works.

What we do know is this - Barack Obama is an opportunist’s opportunist. He has gone from state senator to president elect in forty eight months because of a naked ambition, ascending the political ladder in a way that has largely left behind the negative connotations we are used to associating with someone who wants to get ahead in hurry. Make no mistake about it, behind that made for TV smile is one of the most calculating political minds in the country.

Add to that my own speculation - that living outside of the continental U.S. in both Indonesia and Hawaii during his formative years has given him an ability to see America without the emotional investment in its symbols that us mainland dwellers have - and you get a man free of the "analysis paralysis" that often haunts centrist politicians.

One of the fallacies of the Camelot mystique and the Kennedy image is that this evocative spirit spontaneously generated itself because of Jack and Jacqueline Kennedy’s youth, vitality, and photogenic offspring. The reality is that Kennedy understood how to use his youthful image as a tool that could generate goodwill among a populace skeptical of youth - he was the first president to assign a photographer to follow him all day everyday, providing the country with an unprecedented view of the president's daily life and the activities surrounding the office of president.

I suspect Barack Obama will use the power of digital communications in a way that would make Ronald Reagan envious. I would assume, if I were a betting man, that he will continue to use unorthodox but well planned methods to achieve the ends he seeks in a Herculean attempt to remake key parts of our government. And I think that he will use plain, straight forward, unvarnished honesty, not all the time, but when we need to hear it, in order to help us begin to believe in what government can accomplish.

In this land of opportunity, I believe we will finally have a president who knows how to take advantage of the ones before us, even in this time of crisis, in a way that benefits all of us.