The Key Word In "Unforseen Catastrophe" Is "Unforseen" 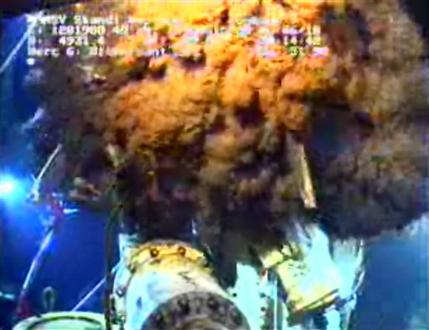 We have the ability to control and plan for so many little things that I think it has lulled us into a false sense of security and omnipotence. We can fix any problem. We can overcome any obstacle.

But there are some things that are bigger than us. We're mostly a nation of juveniles, though, so we need someone to blame, some one to be responsible, when there is often no way that is humanly possible to prevent death, disease, or destruction of property.

The only way to save all the lives in New Orleans was to have had them begin evacuating ten days ago. But that's not going to happen the next time down there, or for that matter in any other major city in the country.

Georgia is on a fault line. There hasn't been a real big earthquake in a long, long time here. But scientists are calling for another one to hit sometime soon. A year or so ago, we had a small tremor, which for people who live in earthquake land, usually signals that more are coming.

Have we dug up our natural gas pipelines and replaced them with flexible pipes? Have we buried all of our powerlines to prevent falling trees from interrupting power? Are our homes built to earthquake proof standards? What about our tall buildings? Have we stockpiled food and water as individuals?

Are we stupid for not planning ahead for this?

How much can you spend to prevent a catastrophe before the expenditure itself becomes a financial disaster?

You could build the entire city on an elevated platform that raises it twenty feet above sealevel, in hurricane proof buildings with leakproof roofs and redundant emergency power systems today...

...if money was no object, time was not a factor, and there was no intrinsic sense of historical value to consider.

South Carolina was hit by Hurricane Hugo years ago. Wiped out a bunch of homes that were poorly built. Obliterated a legion of mobile homes from the coast up to the Lowcountry.

The trees are still gone in many areas, but the building codes haven't changed, and the mobile home dealers sell more units than ever.

When freedom of choice intersects with an overabundance of caution, the urge to remain unfettered usually wins out here in the US.

I would actually go so far as to posit that if you could guarantee someone a healthful, disease free, disaster free life, with a "do not return to maker until 75 years of age" stamp on their ass if they would confine themselves to the grounds of...let's say the buildings and grounds of the Pentagon, which is a pretty big place, for their entire lives, to work and live under a sort of military junta...I bet they would choose to take the risk of not making it, of not being healthful, of not being disease free, in order to do what they wanted to do.

Its in our blood. We'll do it our way if it kills us. And it frequently does.

I wrote the paragraphs above five years ago after Hurricane Katrina hit New Orleans, back when the only people who read what I wrote were in my online writing group. We argued a lot about what should have happened in the aftermath of Hurricane Katrina back then the same way the nation's media is arguing over what should be happening during the BP oil spill every night on my TV.

I would imagine that I could repost the same piece five years from now, when the next unforseen catastrophe hits, and it would be just as relevant.

We are a nation of forensic experts, with an ability to assign blame and liability in small increments to a multitude of parties in multiple jurisdictions, but the past cannot be changed. What is is.

When I am in the middle of a self-made mess, I do not spend very much time worrying about how it happened - I spend 99% of my time trying to figure out what I am going to do going forward.

Our media wastrels, by contrast, are spending 99% of their time looking for someone to blame, even though the probability for any of the solutions proffered thus far have all come with caveats like "this is a highly risking maneuver" or "we've never done this before under these conditions."

Maybe we need to send our Know Everything, Do Nothing media stars to the Gulf and stick their asses in some clean-up suits for twelve hours a day for the next six months. Or put them in an operations center with a phone and a clipboard and put them to work coordinating response efforts until the last marsh has been flushed out with water from the Mississippi.

I have howled like a dog on this blog and the other venues where I write for the past few weeks about the things that were not being done, so it has been a pleasant surprise to see many of the things I suggested - an escrow account for damages and a measuring device at the leak to more accurately detect what flow rate is, among other things I've been adamant about - so I have to believe that they are listening to some of us here in the blogosphere.

I am glad the White House is trying to bypass the media as much as possible. The Fourth Estate squandered what little credibility it had long ago, and now have been reduced to playing cheerleader for their favorite causes.