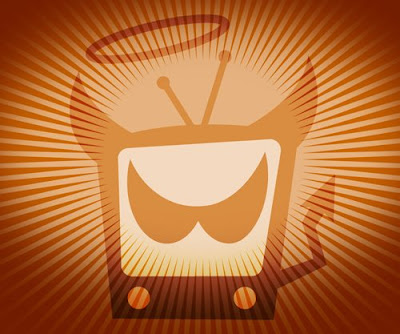 Watching the cable news pundits on TV make their obligatory references to African Americans, race, and racism these last few days, many of them as casually as if they were checking off a "to do" list at the grocery store, I wondered - what actually goes through the mind of someone who is NOT a descendant of a historically oppressed minority when they think about discrimination?

Even if you have watched Roots and the PBS specials on Jim Crow and the network specials on the civil rights movement, it was and is more of an "outsider looking in" kind of experience if you weren't black. American culture has been very good at de-emphasizing this part of our history, transmogrifying these human horror stories into a type of temporary racial exile, its effects to be sloughed off as easily as a non-slave descendant forgets about a traffic ticket they've paid.

So I figured, since we have reality shows about everything else - why not one that details the way racial discrimination has affected the African American's perspective of the American dream over the years? One that flips the script, the way they do on shows like Wife Swap, except on this show, the show's premise flip flops the entire U.S. population, shrinking the number of whites and multiplying the number of blacks:

Imagine that you have volunteered to pretend you are a slave for a reality show where black people are the slave owners - you are unable to read and chronically hungry and run down from the substandard food you eat.

The blacks are all armed with shotguns to be holstered in a quiver on their backs for instant access, and .22 pistols, which they are required to keep cocked at all times. The black people have been instructed to shoot at the whites randomly, while they were working, or eating, or resting during the day, nicking a toe here, a forearm there, an ear here, laughing all the while.

The black people have also been instructed to draw their shotguns from their holsters at least three or four times a week, to remind their slaves why they put up with being shot at with the smaller gun all the time. Subliminal tapes play in the slave huts at night, tapes that reconstruct your past, explaining to you that all of your forbears had been treated the same way, that they had passed down secrets on how to turn sideways so that the bullets wouldn’t take off the entire earlobe, that you really didn’t need ten toes anyway...and that in the afterlife, if you were somehow lucky, and the masters fucked up their aim and shot you in the heart or the head, you might finally get to stop hearing the constant pop of those pistols, might finally get to stop worrying about how that shotgun blast would feel in your back if you had ever decided to run.

The subliminal voices would switch gears about four a.m., shifting into a frenetic sing song cadence as they reminded you vociferously that your future would be no better than your past, that this life as you know it would exist for all time, that for you, unceaseless toil and weariness were the best you could ever hope to achieve, the best that your children, and your children's children could hope to achieve. As the show’s season progressed, you would be emancipated.

You would be happy for a little while, until you realized that you were working for the same black folks that you were before, only now they paid you a few coppers...a few coppers they would get back when you paid them rent on the same shacks you used to live in for free. Most of you still wouldn't be able to read. Most of you wouldn't even believe you were really free - after all, those black folks would still be allowed to shoot at you with those .22's.

Jim Crow would change the rules a little – the shotguns would still be there, but now the blacks would have to account for all the shells they discharged. The .22's would be exchanged for BB guns, and all day long you would feel the pock pock pock of the little copper pellets biting into your skin. Every once in awhile one would hit one of you in the eye, maiming you for life. Your skin, after years of pelting, would actually become thicker, until you felt like you were wearing a second coat of skin. You would learn to keep your head down to protect your eyes. You'd learn to keep your mouth shut to keep from getting your teeth chipped. And even with all those precautions, and all of those adaptations, there would still be the danger of life threatening infections in those tender areas that were not callused against this constant daily onslaught.

Concentrating on things like learning to read well enough to refuse to sign one sided legal agreements, learning to count well enough to understand how much that twenty five percent interest rate on your second hand car was costing you, or getting your faculties clear enough to compare the cost of your industrial life insurance policy with whole life insurance would have taken more energy than you had to give after battling those BB's all day.

In the sixties and seventies, just before the last episode, in a dramatic show of racial reconciliation, all the black oppressors would lay down their weapons on the ground in front of you, just to show you ex-slaves that they could now be trusted. Not because they really wanted to, but because the government made them do it. But with such a huge undertaking, it would be impossible to collect each and every weapon. And there would be quite a few blacks who would secrete BB's in their pockets, intending to continue throwing them at you by hand, because...well, because that's just what they had always done it.

The eighties and nineties, the decades that would comprise the big finale, would show the black people inviting you and your newly educated, conservatively dressed brethren into their highrises offices, country club dining rooms, and even their gated communities - not in huge numbers, but enough for you to see they were at least trying to make a difference. The blacks would watch the you like hawks to see if you had retained any of those tendencies your kind were known to succumb to, if no one was watching you.

And every once in awhile, just when you had gotten used to this new life, one of those damn BB's would ping you out of nowhere, just when you least expected it. Even now, at the cast reunion show that is set in the new millennium, though you haven't been startled by the ping of a BB or the sound of a .22 or the frenetic sing song cadence of those subliminal voices in awhile - even though you know the black people around you were simply playing their parts, acting according to the script, you are still on the alert against any of the abuse you had to suffer through on the show.

To run this type of gauntlet of perpetual psychological abuse and come out whole, in need of only a Tony Robbins tape or a few faith - based counseling sessions to deprogram yourself from recoiling at the sound of a BB hitting the floor would be unrealistic. To equate this racial ignominy to a traffic violation of sorts, the record of racial discrimination to be wiped clean because the judge simply threw the case out, would insinuate that this was an offense committed against individuals instead of an entire community.

[This was originally posted July 30th, 2009 - you can thank Chris Matthews of MSNBC for its resurrection]