Hate Has No Expiration Date: Reflections On The Martin Luther King Jr. Holiday 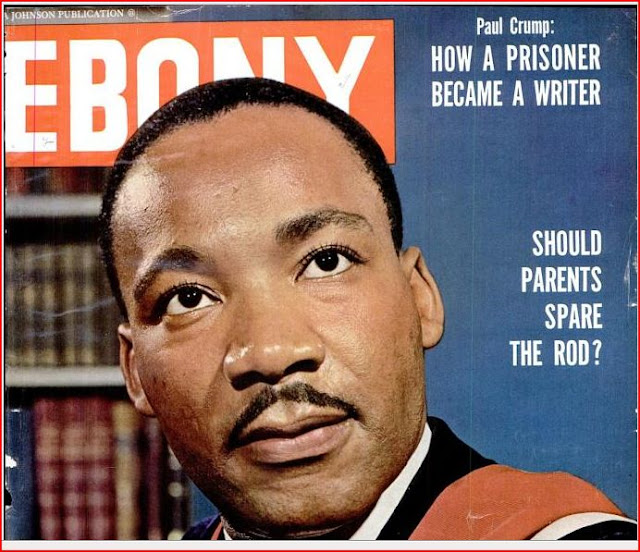 ...the smell of burnt gunpowder and wet cotton, the taste of cold fried chicken and cheap lipstick, the sounds of grown men weeping, of heavy wood hitting dark flesh, of rifles cocking and dogs snarling, tired bodies jumbled together in church buses and auto caravans, always dressed in their best clothes...

For a man who had no idea of the path his life would take, Martin Luther King Jr. was awfully well-prepared for the journey.

I sat and listened to a radio show last night. It was one of those productions by bloggers that are broadcast through an internet connection instead of the airwaves. I believe all the on-air guests as well as the folks who called in were black. And for almost an hour and a half, I listened and typed in comments in the chatroom attached to the site while the most of the callers and guests proceeded to trash the Obama presidency.

I was surprised, at least for awhile, until later, while putting the finishing touches on an article for Big Think about Martin Luther King, it hit me -- nothing has really changed at all.

...the sharp, acrid stench of fear had been omnipresent then, a musk that could not be cleaned from the crotches and armpits of the men’s suits, nor their hatbands and shirt collars; neither from the women’s blouses and skirts, or their bra straps and girdles...

If this was the 1960's these would be the same black people telling Martin Luther King Jr. he was "too soft", that he needed to "man up" and "show some leadership" instead of wasting time negotiating with the enemy. It was this section of the black middle class, then as now, who were not pleased with the way things seemed to be going, even when progress was slowly being made, as if any of the available alternatives would have gotten them somewhere faster.

I wondered, as I listened to this group of black professionals who were so worked up over Barack Obama's short tenure as president, what it was that we were referring to when we talked about the black community. One of my favorite catch phrases I use on radio interviews -- "hate has no expiration date" -- came to mind in a way I'd never figured I'd be imagining it. I thought about my own book I was supposed to be writing, titled Recarving Our Cultural Totem Pole, and wondered if I was really wasting my time with the few chapters I'd accumulated so far if these people were going to be my audience.

I spoke to S. about this. "I remember when King came out against the Vietnam War. People thought he was crazy back then. I had cousins over there. I wanted them to win - to kill whoever they had to kill and come back home alive." I thought about the competing interests she had to deal with back then, and wondered if the people I listened to last night had the same kind of personal, intimate reasons for denouncing the very president they had helped to elect.

...pungent odor had been birthed in slave ships, a raw stench that had been marinated in slave pens -- it was the same foul, fetid scent that had permeated the Jim Crow South, an earthy, glandular excretion that soap and water could never fully rinse away...

It is easy now for us to revere Martin Luther King Jr. long after his death, when the clouds upon his character and judgment are swept away by the passage of time. Easy for us to cheer and shout and march safely down the main thoroughfares of our nation's southernmost cities with impunity, some of the same streets that Dr. King himself walked down as if every step might be his last.

I would hope, on a day when we pay tribute to an African American man who accomplished so much by using the means and methods of a nonviolent doctrine, a set of principles which ran counter to our gut instinct to meet violence with violence, that those of us who doubt today the intentions of our African American president may marshal the wisdom and the insight necessary to understand how his objectives will ultimately benefit us all instead of following their gut instincts.


"You must not become morbidly absorbed in a past mistake but you must seek to outlive it by creative living in the future."