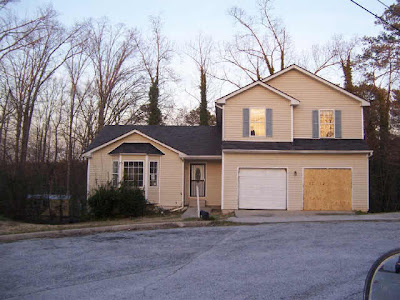 We've had a good time, celebrating the election and inauguration of Barack Obama, our nation's first black president. A lot of us African Americans are still luxuriating in that post inaugural feelgood haze, an elixir so powerful that it has many of us seeing the famous metaphorical glass as half full for the first time in our lives, even as America faces what will prove to be one of its greatest economic challenges ever. I see a lot of commentary on the political end of the web, both from those who feel as good as we do about this momentous event to those who feel that the country is about to go to hell in a handbasket because the man in the White House is black.

But the problems this country has right now, which by extension are the same problems a lot of African Americans are having, started in the housing markets, with creative mortgage loans that kept a housing boom going long after it should have leveled off. The loans themselves were higher risks, but the subprime mortgage markets have always accounted for these risks by pricing the loans at higher interest rates to compensate for their lower repayment levels. These loans have been around for years. But until the 90's, no one in their right mind would have dreamed of creating an entire class of investment securities that gambled on securitized payment streams from these loans.

These used to be portfolio loans, the kind of paper that the lenders who made them had to hold onto for years before anyone might take a chance on buying them. Even the securitization of bundles of these loans wasn't a bad thing - it was the manner in which the smart guys on Wall Street figured out how to put enough lipstick on these pigs to make conservative investors believe they could fall in love with them the way they did real triple AAA rated paper that was the beginning of the end for "C" and "D" loan markets.

The travesty going forward will be the price that African American communities end up paying for this.

Back when I started in the mortgage business, I worked for a firm that only did subprime loans. I was glad they hired me, because I had just been laid off by an internet company during the internet bust and needed to get into something new. The two white women from St. Louis I worked for were crackerjack trainers - I completed my first loan, from taking the loan application to sitting in at the closing, in five days after two weeks of training. The thing about this company that rubbed me the wrong way was their insistence on advertising that targeted blacks, and a standing company rule to charge the highest interest rate allowed by law, no matter how easily a borrower could be qualified to get a Fannie Mae or FHA loan.

I ended up at a firm that targeted talk radio listeners - the kind of working class white Americans who keep Sean Hannity and Rush Limbaugh in business, people who worked hard to keep our plants running and our department stores staffed and our school children taught. We did good business charging competitive fees and getting low rates for them, even when their credit was a little slow, or their debt to income ratios were slightly out of whack, or they were a few points shy of meeting government loan guidelines. It was not the kind of business that made anyone rich - our average fees of $3500 paled in comparison to the the kind of cash subprime operations were generating, but the boss had lost his home as a child because his parents had been talked into an adjustable rate mortgage, and was morally opposed to doing them unless there was no other way to get a deal done.

The mortgage boom that took place after September 11, 2001 strained our operations to the point that we couldn't get our deals done in less than four to six weeks, so we became a victim of our own success. The firm that really opened my eyes to how important the much maligned "minority borrower" was to the bottom line of many companies, large and small, that populated the financial industry was a mortgage lender owned by an ex-builder. The FHA loan was just starting to come back into vogue, so we had a series of training seminars on how to do them.

One morning, as we were waiting to begin, I overheard the owner, who had just finished advising a loan officer on a marketing plan for Dekalb County, joke with his head underwriter about how things had come full circle. "I built my share of houses in Dekalb," he said. "Then, when the buyers needed repairs for that bad siding from Louisiana that we put on a lot of them, I went into the rehab business. I made money, but the guys at HFC and Beneficial were making more, and they didn't have to keep an eye on any crews like I did. So I get into the mortgage business, and here we go again, refinancing the second mortgages on the same damn houses we built and then fixed up."

Most of the business I've done since I've been a loan officer were Fannie Mae loans and some higher end "Alt A" loans, where the borrowers had great credit and plenty of assets, but had other quirks - mostly the self employed or those with job gaps. The handful of truly awful loans I've done were pretty much the borrowers last resort. The highest interest rate I've ever closed a deal on was at 12% on $250,000 for a white family who were going to have to move out of the house they were leasing from a builder if they didn't get a loan - with the tax liens they had, it was amazing that anyone funded it at all. Dozens more prospective clients, practically all of them African American, walked away from low interest rate deals I put together for them because their friends were all getting cash back at closing from the guys who peddled the 2 year ARM's with the teaser rates

Today, Dekalb County is one of the hardest hit areas in the Atlanta metro. Foreclosures have been a problem for some time, and if you drive through the areas of the county where the houses from the eighties are concentrated, which are homes owned largely by black middle and working class families, you will see his anecdote come to life, with homes whose siding is sagging once again while the people inside them try to figure out how to make another month's mortgage payment on homes they often cannot afford to keep fixing.

When you have this kind of perspective on these toxic assets, you begin to truly see how insidious this latest national financial calamity is for us. You see people who have put good money behind good faith, paying on first mortgages with 10% and 12% interest rates and second mortgages with rates of 15% or more while the roof leaks or the foundation cracks, and wonder what kind of seat in hell should be reserved for vultures like these.

Now these neighborhoods aren't just in Dekalb County, but all over the Atlanta metro area. Boarded up houses line many streets in working class black neighborhoods. The part of this story that we are in now is what to do about them. A big, big problem is the lenders themselves. These assets, they have said for months, are toxic to their balance sheets, so the government has offered them a way to get rid of them. Some of them have been flipped a few times. Some of them have simply been abandoned by the last homeowner when the payments jumped, as the lenders and the brokers knew they would, past a point that the borrowers could pay. The loans on them are in most cases much, much higher than anything they could possibly appraise for now.

But the bankers aren't moving them. It is as if the poison in the toxic assets are like snake venom that has slowly begun to paralyze their ability to move in the right direction. Now if it was me who knowingly stepped into a cage full of rattlesnakes, and then got bitten, when someone came running with the anti-venom to save my life, the way the Treasury Department has, I wouldn't hesitate in taking it.

But our nation's bankers have decided, now that the swelling has stopped from all the bites they've taken from their own brand of exotic mortgage derivative snakes, snakes they grew themselves, that they aren't sure they want to take the anti-venom, which in this case is participation in the TARP program that practically pays companies who actually have money to take these loans off their hands.

To these lily-livered son of a bitches, the loans themselves are an abstraction. To many of us, try to do our damnedest to keep a roof over our heads, they are as real as the boarded up house across the street, and the one next to it that doesn't have any windows left, eyesores that might only need a little repair work and a reasonable price tag to get families moving into them.

I feel good about having Barack Obama as our nation's president, but I would feel a whole lot better if he would quit smiling at the cameras long enough to put some wood to these guys on Wall Street, who look like they are willing to wait until their limbs start falling off before they get with the program. He needs to make them take the damn money they say they need, and then force them to get these foreclosed homes off of their books. 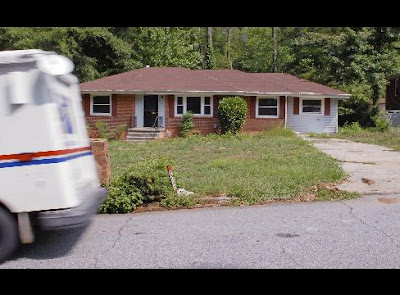