Chinese Farmers In Africa And Other Sunday Afternoon Insights 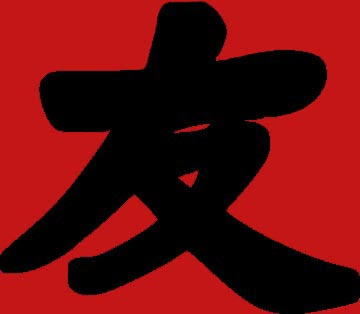 I talked to my father last night about a lot of things, including his take on these infamous "Tea Parties" that are going on around the country next week, and the state of the U.S. economy, and the fact that Congress, the present administration and the last one have done little but dance around the issues underlying our current financial crisis, but the most interesting tidbit he shared with me was something I hadn't heard very much about - the Chinese farming in Africa.

"What did you just say?" I asked my father.

"The Chinese," he repeated, pausing to emphasize the next two words, "are farming in Africa."

We talked for a few minutes about why the Chinese were in Africa, but after a couple of exchanges, we both realized we knew next to nothing about this.

"I'm going to read up on this tonight" I said before I hung up. It turns out that the Chinese are doing a 100 billion dollars worth of agricultural related commerce a year in Africa, substantially up from the 10 billion worth they were doing eight or nine years ago.

If you read this blog regularly, you know that my father is a Republican - not a RINO, or somebody who was just mad at the Democratic Party because they let everybody in, but someone who is well versed in GOP minutia and is fairly well known among the party leadership in South Carolina. So when I asked him about these "Tea Parties" planned for next week, I wasn't sure what his answer would be.

"You know," he said, "there are a lot of people out of work right now, a lot of people who are hurting, who are looking for some way to vent. I don't disagree with their right to assemble, but stuff like this...things like this can lead to anarchy if people aren't careful."

The bad thing about being a writer is that in the middle of his preaching, you find yourself doing stuff like critiquing the minister's selection of the controlling metaphor in his sermon. How S. decided to become a member here I don't know - there were so many songs I thought I was at the Soul Train Gospel Awards. The good thing about being a writer, especially a writer of fiction, which I am in my other non-paying night job, is the amount of self-examination you go through in creating fictional characters. Every narrative is self-referential because the writer has to always start with what he knows about himself and the people he or she has come in contact with to lend a sense of authenticity to make-believe lives.

A reverend who is loud and perspires heavily may get you excited for an afternoon, but a reverend who tells you a story that builds upon itself can give you the kind of insight and inspiration that lasts for weeks.

The Ladies Number One Detective Agency on HBO on Sunday night with Jill Scott as the star, self taught detective Mma Ramotsweis is entertaining, but if the show's script doesn't call for her enterprising secretary to get paid this week, I may have to quit watching until the secretary has got a big wad of pula stuffed in her purse. I mean, Mma Ramotsweis has a house, a car, and is even hiring little boys off the street to pass out flyers, and can't afford to pay her employee anything at all? Other than this plot twist, its not bad. Not bad at all - one of the few prime time shows on HBO that doesn't try to break the world record for most profanity used in an episode.

This is what happens when I eat dinner too early.