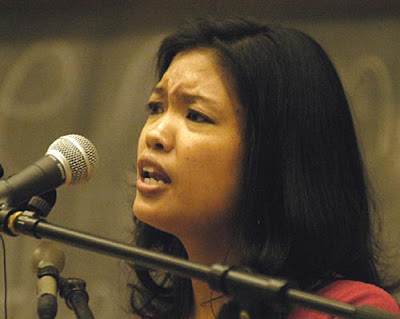 One of my previous posts, the tongue-in-cheek bit of humor I whipped up last week titled When Are White People Going To Stop Looking For A Handout?, has struck a nerve out there in the blogosphere, partly because I took great pleasure in insulting Michelle Malkin in the piece, but mostly because it took the twisted logic of the age-old conservative chestnut "when are black people going to stop waiting for a handout?" and flipped the script.

Angry visitors have been coming to Brown Man Thinking Hard in droves since yesterday to leave their two cents worth of opinions about the sharply barbed bon mots that were liberally sprinkled through this satirical piece.

People like these become some of the most thin-skinned beings on the planet when one of the aphorisms they have concocted and perpetuated over the years is altered with the substitution of one word - "white" - in a way that points out just how absurd the original version has become. All of a sudden, the phrase isn't so funny anymore.

The even sadder thing about all of this is how political blowhards like Malkin can prostitute the Republican Party party the way she does, in effect turning the party's principles, which are simple, human scale ones, into caricatures of themselves, the same way rappers exaggerate what it’s like to live in the 'hood.

My parents taught me to be a good host, though, even when your guests are prone to act up. So if you folks who are sightseeing really want to know what the Brown Man is all about, feel free to read through the archives here. There are over a hundred thousand originally produced words in the 300 odd posts here that demonstrate the commitment this Brown Man has made to expand the political narrative in this country beyond the binary version that is currently popularized on TV and in the press.

A good place to start, if I were a hostile visitor who was looking for more racially oriented material by that uppity, thinks he's smarter than us Kris Broughton to complain to my buddies about is the four part series I did last year, White Americans and The Politics of Race. I'd print it all out, get a good cup of coffee, and let 'er rip - if you don't read anything else here, this is the series I would say is a must.

Rush The Magic Ego is a little more intimate, with a few revelations about Kris Broughton's background that might surprise those of you hostile visitors who automatically think "Democrat" and "liberal" when you run into African Americans.

Don’t let the title to Aaahh! Mandingo Is Running The Country scare you – it is really a thoughtful meditation about those who pine for the nostalgia of a Norman Rockwell version America. A version, Kris Broughton is happy to announce, that will not be coming back.

I know a lot of you who might be coming over here are more used to the high pitched sounds of parrot chirping than the low, melodic, practically silent resonance associated with deep thinking, so take it slow. Think of this site like a library – you can come in anytime you want to check out a selection for free. Even if you don't agree with me, or look like me, I can guarantee that you will learn something here if you wander through enough of these archives.