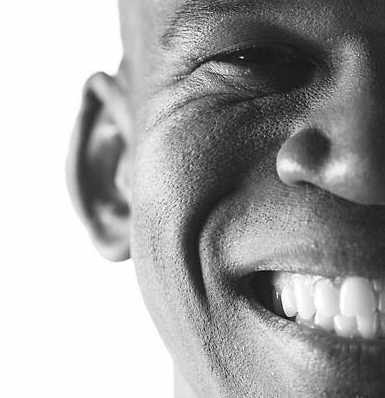 There seems to be a little too much smiling going on in Afro - America Land these days, a little too much chest puffing, a few too many heads held high. Black people from coast to coast are proud 24 hours a day right now, even as they brave the possibilities of layoffs, smaller paychecks, and retirement accounts that have evaporated.

All of this positive energy appears to be unnerving a miniscule but vocal subset of Americans:


"I am sick and tired of being made to feel guilty because I am white."


Why should these people be so happy, this group asserts, just because the president is black?

I've felt the same way before - "I am sick and tired of being made to feel guilty because I am black" - when I have been lumped in with black crime suspects whose physical description in no way corresponds to my actual dimensions or appearance, or when it was presumed that I must be an interloper because, well, because we just don't usually see black people in places like this unless they are lost, or waiting on us.

But that is usually the philosophical outrage of youth - philosophical because if you've grown up in any but the most utopian of locales here in the United States, you know if you are black that if you spend all your time being emotionally outraged at the vagaries of race in this country, you will go crazy.

I've been trained since birth to understand that my actions can be construed in a negative light as easily as the wind blows. I know instinctively how belligerent or arrogant or persnickety I can be before I am accorded that lowliest of designations, "one of them."

And I used to accept that I would live this way until I died.

But if we can all agree that the way things are right now in black America - I'm not talking about the seven out of ten black people who do the right thing all the time, but the perennial 30% of African Americans who don't have any real education, cycle in and out of jail, have children they are not willing to properly raise, engage in petty crimes that carry big punishments, and kill each other waaay, waaay too much - if we can agree that these things have to change, and if we can agree that a precondition for anyone to get from one station in life to the next is to "see it, then believe it", I myself am ecstatic that the nation's most downtrodden group of black people seem to be on their way to sustaining a permanent positive mental outlook.

"I think Black pride sometimes does not come across as positive feeling towards the strides that blacks have made, but as a 'get the white guy back."

Practically all the African Americans in this country who are descended from slaves are the progeny of those who did not revolt, of those who did not rise up in attempts to kill their white masters. If the election of Barack Obama doesn't show America anything else, it should be an indicator of just how little it will take to balance the scales of racial justice.

The vast majority of people in this country know how to live in diverse settings. I can talk to my neighbor from the Ukraine, or my neighbor from Seattle, or my neighbor who has just returned from a trip to his hometown in Ohio just the same, because we all have plenty of ordinary things in common in our day to day lives. We're all tired of the HOA, we're all upset when the school bus schedule changes, and we all feel like we're being held hostage by our local cable provider.

Even when we cross over from the mundane aspects of our lives to the parts about which we all have extremely strong personal convictions - our politics, our religion, our moral litmus tests - it is rare, at least among most of my neighbors, that bruised feelings stay bruised for long, partly because of proximity, and partly because of the forward nature of life itself.

So I would imagine, for that small minority who are feeling put upon these days because they are white, that this tinge of guilt brought on by visible signs of black pride sounds a lot like tinnitus, the constant sensation of having a faint ringing in your ear - a condition that becomes annoying over time, until the very thought of it threatens to drive the suffer over the edge. There is no real cure for tinnitus, and there is likely to be no real cure for this guilty feeling either, if the only way it will disappear is for black Americans to suck their chests back in and quit smiling so much.