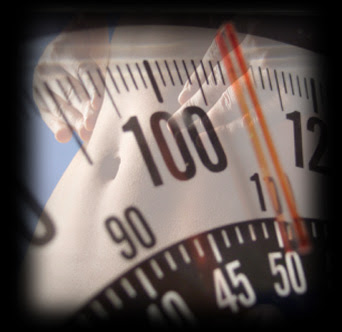 Its not Jenny Craig, or Weight Watchers, or one of the hundreds of other weight loss brands out there. It's the "I Have Common Sense" program. "Eat less. Exercise more. Repeat."

As the mechanics of the process ran through my head last night - the recent review of my eating and exercise habits, the formulation of a plan to reduce caloric intake and increase physical activity, and then the actual follow through of the plan day after day - I thought about the present state of our political scene and our economic woes, and whether or not the American body politic is really ready to make the daily changes in our information gathering habits and our civic activities that are necessary to make significant changes in the area of political engagement, or whether we are just wasting a whole lot of hot air.

Congress is playing with itself right now, the way parents of unruly children do when they look at the chaos around their house, because both Congress and lazy parents know that to get and maintain order means that you are going to have to make a commitment to doing unpopular and unpleasant things until the unruly children or the underregulated industry realizes you mean business, and then be vigilant against the first, second, third, maybe even the one hundredth attempt to try to you, if need be, until the unruly children or underregulated industry believes that there will be consequences for inappropriate behavior without fail, each and every time it occurs.

All government agencies are not created equal. From the investors who have been taken advantage of by people like Bernard Madoff to the Congressmen who sat in hearings wondering how all of this chicanery by AIG and friends (Goldman Sachs and JP Morgan, this means you too) in the financial markets had been allowed to take place, they all railed against the SEC for not doing its job properly. The IRS is feared by both businesses and individuals. The SEC is not feared – it is tolerated. The difference? The IRS agents can seize your property and bank accounts without a whole lot of red tape. The SEC can issue a judgment, which doesn't really mean anything. Or bar you from the industry, which as you can see with Mike Milken or Ivan Boesky, is sort of a "under your name only" detention program they have easily skirted after getting out of jail. The SEC might as well be mall cops. The IRS, on the other hand, has all the subtlety of a SWAT team breaking down the door to your house. When was the last time you were worried about a mall cop?

Internet security companies realized long ago that the people they were up against – black hat hackers – were a sophisticated, highly motivated type of criminal element. So guess who has ex-hackers on their payroll? The SEC is in the business of hiring Boy Scouts to catch the financial equivalent of computer hackers – brilliant people who understand how to use the architecture of a system against itself. So hire a few of these guys to work for us. Or if there is no way to pay the kind of money to these people as civil servants it might require to get them onboard, put out Requests For Proposals for consultants that can contract with the agency to provide the kind of intricate analysis needed to keep the SEC at the heels of all the rule benders (do I have to type Goldman Sachs and Jp Morgan here again?) and out and out frauds.

The media, who claims it is working on behalf of the public, is a part of this too, playing with Congress and the White House as if it is one of those perennial "bridesmaid, never a bride" types who uses her dowry to attract one suitor after another in order to amuse herself before sending them packing. And we the public are lazy enough, or brain dead enough, to watch each new suitor’s arrival as if it some new kind of drama or intrigue between them might entertain us more than the last one did. How can you change the media’s focus? Since the thing we call the "news media" is really two entities - the news gathering and disseminating half, with its lifeless legs and foreshortened arms lashed to the back of the advertising delivery half, which holds up the people you see on TV or read in the paper – you can worry their sponsors the way the American Cancer Society worries smokers, day in and day out. Some of them are already falling. Hopefully the others will get back to their original mission.

There really is nothing that Kim Kardashian, Chris Brown, Alex Rodrieguez, Madonna, The Final Four, BMW, Mercedes, Louis Vuitton, Burberry, Tag Heuer, Bruno Magli, Jimmy Choo, American Idol or 24 can help to provide you with any additional insight or motivation about regarding the things we say are most central to our lives. How big Kardashian's butt is this week or how much the latest top of the line Mercedes costs is what we end up knowing when we focus this kind of time and energy on these things. Does that mean these things are all bad? I may have a taste of chocolate now and again, but it is a far cry from my old approach, which was to supplement my nightly quart of chocolate ice cream with raids on my emergency chocolate stash, or have a bit with my morning coffee. A little entertainment news can go along way. the good thing is, the same people are always in the news, so if you miss something this week, you'll probably see it again next week.

There are things we as citizens can do to reshape our cultural and political landscape, the same way there are things, like curtailing my immense love of chocolate, that I can do to reshape my body. We've done them before, without one hundred percent support of the people, the same way I'm going to lose this weight without having to give it one hundred percent of my attention. But they were painful times, and often produced imperfect results, whether it was the American Revolution, or the Civil War, or Prohibition, or the civil rights movement, or the Vietnam War protests.

Maybe we all need to be a little bit hungry all the time, not for food, but for entertainment and fluff, in a way that makes us savor smaller portions even as we gaze at the emerging musculature of our new found civic duty in the mirror.

Maybe, just maybe, what we are experiencing these days has made enough of us uncomfortable with what we are seeing and hearing to commit to changing our habits and our activities in a way that make us active players in our political and social scene.

I will be weighing my civic consciousnesses daily - my body, once a week.