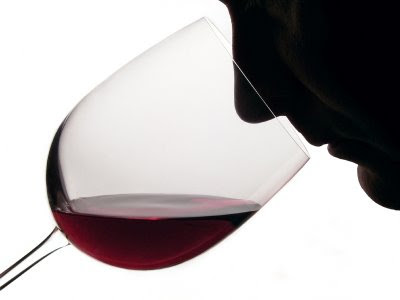 I considered watching Sunday’s political talk shows yesterday, before a thought hit me. I imagined multiple groups of soberly dressed men and women surrounding various tables in the Meet The Press, This Week, and Face The Nation television studios - the image of a gigantic yellow funnel popped into my head, with all the problems of last week pouring in the wide top end alongside a steady stream of stimulus programs, and a thin stream pouring out of the narrow end, a thin stream that these people around these tables were going to sip from as if they were at a wine tasting, puckering their lips and looking skyward before making their pronouncements on the characteristics of the distillate as they searched for a vintage economic recovery solution rich in its complexity, with a perfect nose, body, and balance.

I didn't really have to watch any of these shows yesterday, because I already knew, like you do, that we were likely to hear the same old chatter. Some of them declared that the stimulus program the Obama administration has pushed through Congress is no better than the famous "Ripple" wine Fred Sanford was so fond of on Sanford and Son. Some insisted that even though the Obama stimulus package has its shortcomings, it is a good value for the money. And some, who had already made up their minds before the beverage even touched their lips, claimed, with a sincerity bordering on the maniacal, that it wasn't fit to be considered good shoe polish.

What does all of this taste testing every week do for the rest of us, when our cups are empty?

Most of us don't care right now what kind of stimulus the economy needs – whether its bottom shelf, bargain basement, or comes in a box – we'll even take a shot of white lightning if it gets things moving again.