Hype Is Our History 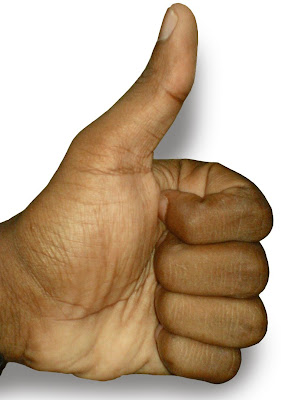 Last night, I was half-listening to Campbell Brown wonder out loud about the stimulus package President Obama is trying to get through Congress, and what America had to do to fix its economic crisis when she said, "we'll be right back after this."

The commercials that followed were a glitzy lineup of hype for stuff I really didn't need to have. A nation full of people with no money to buy stuff we don't really need in the first place is one of the reasons for this economic crisis. Our economy, it seems, only has one speed – full bore – anything less and it begins to sputter, like the engine on a drag racer when you try to let it idle.

We live in the land of hype.

Everybody is a salesman these days, including Brown, who had just done the CNN News Anchor Baton Switch, where the person coming up next gets a cameo appearance ten minutes before the end of the hour to hype their time slot.

Hype. That's what we are - a nation that talks its way around facts, ignores data that doesn't support our conclusions, and pledges allegiance to form over function. The fiction of American moral purity is a hype job unto itself. The trip that put us on the European map was a hype job.

How else could you convince broke people to emigrate from England to a land with no infrastructure whatsoever? How else could a loosely organized group of men with an inadequate supply of firearms convince the masses to fight for American independence?

Hype is our history.

It made me think about a friend of mine I talked to over the weekend who is a budding entrepreneur. He and a partner have put together a new technology. They've formed a company. They’ve gotten interest from venture capitalists, and rounded up actual cash money from investors to get the product built.

I was in the middle of something else when he called, but once we got going, my old instincts kicked in. I wasn’t sure if he remembered that I used to help engineer financing for no-name internet companies back in the 90's, after spending a couple of years as a stockbroker at a third tier firm.

I started hitting him with questions, but the more I probed, the longer his ecommerce buzzwords got to be. So I asked him a question about the revenues. After some hemming and hawing, he finally gave me a straight answer. I did the math, ex-stockbroker style, like I needed to ask him to pay for a trade before he hung up the phone. He grudgingly agreed, the same way my old clients used to do, that the total I had come up with was right.

To him, the number sounded a lot smaller than the hype that led up to it.

In my mind I was ten years younger by then, back to duking it out with slick guys who would fly in from New York or Florida to make presentations to me and my ex-stockbroker buddy in his cubbyhole of an office, with a list of questions designed to flush the B.S. out of the Powerpoint slides we were often subjected to watching.

So I asked my friend another question - "so what are your gross margins?" - a fairly standard question real investors want to know. He backpedaled. He browbeat me. He belittled the question.

"One of my biggest clients, back when I was a broker, told me that he always read an offering prospectus from back to front," I said, exasperated at the evasiveness. "Do you know why he started at the back? Because that's where the numbers are."

My friend is on the right track - he was just talking to the wrong guy.

Conventional morality would have us believe that hype is evil, that hype is wrong, that hype is so un-American, even though our history suggests otherwise. The reality is, the numbers don't sell deals by themselves. Its the hype that goes along with them that makes those numbers sizzle, the right words delivered with enough gusto that turn the black and white framework of financial projections into full color visions of a profitable future.

Back before my ex-stockbroker buddy could afford a lot of attorney time, I assembled the offering prospectus on behalf of the companies we were raising money for. The SEC doesn't really require that much in the way of documentation other than the financials, but investors do. So we gave these companies the full treatment, describing their products and services in the kind of lingo and detail that you would see on a hundred million dollar offering.

By avoiding the facts and ignoring the data that didn't support our conclusions, we were able to convince people who knew better to at least take our calls, where the real hype job commenced.

I thought about all these things last night as I watched Campbell Brown, with no trace of irony, come back after the commercial break for things we don’t need, those commercials that pays her salary, to resume her admonishment of the American populace for failing to use its money wisely.

The gross margins that our economy depends on don't come from the stuff we have to have - they come from the non-essential items that we have convinced ourselves are now necessities. The stuff you aren't buying right now, because you haven't gotten a raise lately, or because your hours have been cut, or your salary has been "adjusted", or the job you used to have doesn't exist anymore is the stuff that puts the pep in our economy's step.

We are a nation of major league spenders with minor league income. We know Starbucks is not about the coffee. We know the cost of designer jeans has no relationship to the utility value of the fabric covering our behinds. We know expensive foreign cars do not get us from Point A to Point B any quicker than a Ford or a Chevy. We know the latest cell phone does not increase the significance of the words we say into it.

We know all these things, but we do them anyway, in numbers so great that to do an about face now, to descend here in 2009 into a world of chaste consumption, of parsimonious penny pinching, where all of us have savings accounts full to bursting, and buy nothing before it wears out, or unless we really need it - that will be the end of America.

President Obama will be all over your TV later today with a hype job of his own, when he will avoid some of the more uncomfortable facts of his economic plan, blow right past the data that doesn't support his conclusions, and ask you to pledge allegiance to the idea of a stimulus package that includes the things he wants.

The plan is far from perfect. Some of the numbers are a lot bigger than the hype suggests. But the picture he will attempt to paint for us, with the right words and enough gusto, won't be the black and white, nuts and bolts version, but the full color one, the one where we get to keep our homes, and get our jobs back.


The real hype job on the stimulus package commences today.


So here's a thumb's up to the president, and my buddy - I hope they both get their deals sold.