After The Election: McCain Supporters Sound Off 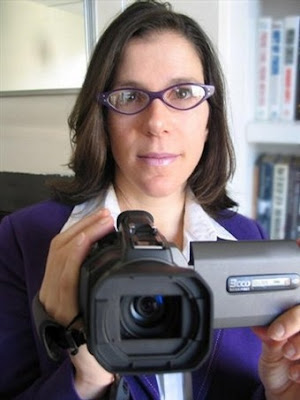 Mandingo is not only wearing Armani these days - he's running the country.

That's the sentiment I picked up after watching Right America, Feeling Wronged, a documentary on HBO last night, created by Alexandra Pelosi - yes, daughter of THAT Pelosi - that chronicled the fears of McCain supporters in the aftermath of the election.

The bad thing about watching any political video effort these days is the tendency for the directors and the producers to find images and interviewees who fit the narrative they want to push, which often results in a work that is nothing more than pure propaganda. My spider sense tingled even higher as the name "Pelosi" flashed on the screen at the beginning - there is no doubt that this was the key to the greenlight on this project.

I planned on watching for a few minutes, figuring that I would be able to watch less of this than a Michael Moore production, but before I knew it, the hour was up. I didn't really listen to the words they were saying, or the questions that were asked - if you followed last year’s elections regularly, you already knew all the nasty little rumors and the malicious innuendo about candidate Barack Obama that seemed to prop up an alternate universe.

It was the faces and the language and the expressions that I watched - the physicality of these angry respondents as they expressed outrage or shock or disbelief that this thing was happening to them. To me, it looked as if I was watching the cast from a classic film from the thirties or forties that was set in the immigrant sections of Chicago or New York or Boston.

I grew up in South Carolina, which has more than its share of ignorance and backwardness, but it is a place where there are so many black people in the lower half of the state that it is impossible for white South Carolinians to pretend that good, decent, honorable, hard working, God fearing black people do not exist. The people who were yelling into the camera about Muslims and terrorists, most of whom live in the Midwest and Southwest and Appalachia, have never seen these things, or they would instinctively know, like my pale South Carolina brethren do, that there is a distinct difference.

Figurative immigrants are what I really saw when I watched this documentary - people who are so new to the modern American experience that they have to cling to the things they know to keep from being scared to death. Their idea of America is a static one, a romanticized past that most have never experienced, an idealized existence chased after with wages from jobs that no longer exist, fictionalized memories that whose importance is heightened by the overwhelming confluence of crime and mayhem from "out there" that is funneled from all around world to their very own TV sets.

As an African American, I wasn't sure how to take these people, who were ready to hate a black man because of how he looked or how he spelled his name, because the other things they complained about - Obama's secret Muslim religious beliefs, or his supposed refusal to salute the flag, or his lack of a flag pin - sounded like outtakes from a Jerry Springer episode. It was hard to hate these largely powerless people, who were willing to swear on a stack of bibles that Obama would lead America into socialism or fascism without any real knowledge of the tenets of either of these political ideologies.

With all of the increased emphasis this year on Black History Month, and African American achievement, watching something like this seems anachronistic, as if you are seeing the last vestiges of the White Citizens Councils as they fade away into the sunset.

I hope that after they see that the world doesn't explode, that the three raised "6’s" haven't appeared on President Obama's neck, that the Koran is nowhere to be found in the White House, and the terrorists are not calling in on the red phone at 3 am to coordinate their next move with the Commander In Chief, these guys will give up these delusions and apply for citizenship in America 2009.