Take Your Swagger To The Inauguration 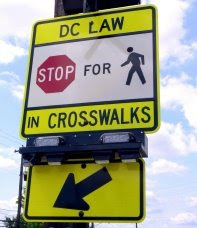 My man from Alabama called me this morning.

"Got my tickets to the inauguration today."

I hadn't thought about this when he told me about the trip - I just assumed that they had tickets.

"You didn't have tickets? All those people you and your wife registered to vote? All those damn doors y'all knocked on to get out the vote? And nobody could find YOU a ticket?"

"Our congressman came through," he said. "We're supposed to pick them up from his office in D.C. on Monday. But you know what the funny thing is? A friend of mine called me last night and left me a message to call him. HE'S got two tickets for me."

"Well damn, man, looks like you've been living right after all."

"Yeah...but I was really hoping was that he was calling me to tell me he had two seats for us on his private plane."

"What you talking about? My wife told me she was hoping they were tickets to one of the inaugural balls."

We laughed about his good fortune before I hung up the phone.

An hour later, S. and I were headed somewhere in the car when I mentioned Mr. Alabama's good fortune. "You know," I said to her, "if this had been back in our 'we'll try anything' days, I would have immediately started angling to get those two extra tickets my man has." I looked at her. "Oh well."

"The diva can stay with one of her friends. I just don't have anywhere to board the dog on such short notice."

My eyebrows jumped - maybe we weren't totally out of the 'try anything' days after all.

The image of Barack Obama seems to be the only thing on TV this weekend beside reruns. It is inundating the consciousness of the nation. As S. and I rode along in the car this morning, I thought about all the people we know who have already left for D.C., or are getting ready to leave, and for a fleeting second, wondered if we were going to end up regretting not making our way to Washington D.C. for this historic event.

The diva's face popped into my head, and the regret evaporated. She is a high school senior, who has four and a half months until graduation. With classes that could potentially earn her college credit on her schedule, she has had more schoolwork this year than ever before. It has not been an easy year, but the diva has finally learned to rely less on her intellectual firepower and more on regular, daily study routines.

Education was the key for Barack Obama, and it will be the key for the diva to unlock her future.

Even though we are doing the right thing for us by staying home, it was fun, as the car tooled along the highway, for me to imagine the mad rush we would be in now to get to the cleaners and the hairdresser and the sporting goods store for some long underwear. The rush of adrenaline we would feel that would carry us all the way to D.C. on cloud nine. The swagger with which we would walk all day on Tuesday, no matter how much our legs ached, no matter how cold our toes got to be, no matter how bad the traffic was.

I hope that my man from Alabama and his wife have enough fun for S. and I while they are in D.C. If I'm lucky, they might even email us some pictures before they get back on the road to come home.

If you are going to D.C. today, tomorrow, or Monday, please - remember to swagger a little bit for me on Tuesday when you go to The Mall.