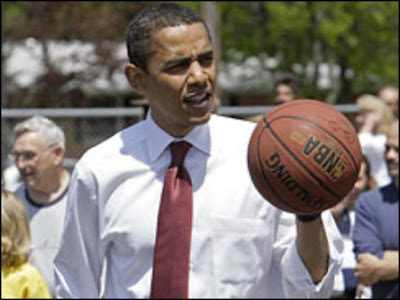 My buddy called me yesterday to catch up on the latest political developments in the presidential election. “Man, I don’t know,” he said, “do you think Obama is going to be able to pull this off?”

I was on the web at the moment, half listening, half reading the teasers on my blogroll, when I heard the question. My head jerked. “Dude, what are you talking about? Obama is in the lead. Obama is spanking that ass. Obama is –“

“Dude, his plan is working.”

There was dead air for a few seconds, then he said, “so how many electoral votes you think he’s going to get?”

“Three fifty” leaped out of my mouth – but wasn’t that the number I kept seeing everyday at FiveThirtyEight.com? Wasn’t that a conservative estimate, given what I figured would probably happen once people supporting McCain realized he wasn’t going to win.

“Are you sure?” Finally, my buddy had something to be skeptical about. “That’s mighty optimistic, don’t you think? Three hundred and fifty electoral votes?”

“I really think he’ll be bumping up against four hundred.”

“But what about Florida? What about Ohio? Or Indiana?”

“Don’t matter. There are other ways to get to two seventy, buddy. These guys are showing you a new way to play this ballgame.”

We went back and forth for a few minutes, until his faith in the almighty Republican vote stealing prowess started to get on my nerves. “Dude, you’re looking at this wrong. I mean, I know where you’re coming from. And in a close race, where it all came down to these same old states, you would have a point.

But Obama has changed the game. He basically has done what some middle school kids did on the basketball court when I was growing up. These kids weren’t tall, but they were quick, and more importantly, they could shoot from what we now call three point range with ease.

So they didn’t have to go in the paint to score points.

Ohio and Florida are "in the paint" states - states conventional wisdom dictates that you MUST win to get to the White House. But the Obama campaign's sharpshooters won’t let the GOP candidate just hang out there like they are Shaquille O'Neal.

So the McCain campaign has had to leave "the paint" of Ohio and Florida, because they have to go to man-to-man against Obama's people in Florida, Pennsylvania, Virginia, Missouri, and even ARIZONA, of all places, to even have half a chance of getting McCain into the White House.

You've watched basketball games with runaway scores before. What does the team that's down by a few points do near the end? They start committing intentional fouls. They hack the big men, they hack the ball carriers - they would hack the referees if they thought they could get away with it.

The only way something like this works in politics, like in basketball, is if the score is close. In the case of politics, if the media is providing the ready made “horserace” narrative and voter turnout is low, the Republicans can go to their "hack-a-Shaq" offense, one that usually allows them to manipulate enough votes within the system to make a difference.