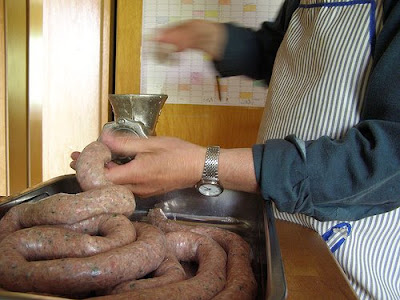 The sausage making has now begun in earnest, and some of us, it seems, cannot believe what we see going into the casing as Mr. Obama gets down to the cold, hard business of playing politics back in the Senate. This is a very vocal contingent, and one that has lately been spending an inordinate amount of time on the internet bashing Obama for his FISA vote.

The Wall Street Journal article Thursday about the downturn in recent Obama's internet fundraising efforts has been particularly satisfying for these "netroots", and has emboldened some of them to make the far-reaching claim that it is the lack of support from their contingent that has caused the slowdown in donations.

The phrase that gets my blood boiling the most - "training him like a puppy" - is one I see a lot on Daily Kos, which is probably the largest progressive site on the web. The top dog over there, founder Markos Moulitsas Zúniga, made a huge to-do a couple of weeks ago when he took center stage to announce that he was withholding his donation of $2300 from the Obama campaign because of his new stance on the FISA bill. 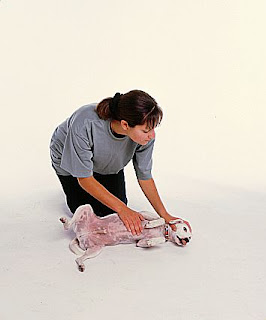 Since when did we send our presidential candidates to obedience school?


Did anyone try to "train" Kerry, or Gore, or Clinton when they had to make hard political decisions?


Why does THIS candidate need to be "swatted for messing on the carpet"?


And if Obama gets to the White House, what are they going to do then when he does something they don't like? Withhold their income taxes?


These people have been watching too many of those movies with a "Magic Negro" in them - you know, the ones where we handily dispense wisdom with a smile until the leading man or woman defies all logic and takes a heroic stand. That shit works in the movies, but in real life here in America there are two truths that are self-evident.


You will not elect a black man to the presidency of these United States without truck loads of campaign money.

Truckloads of money will be needed to give this brownskinned presidential candidate anything close to parity, even against a candidate as weak as McCain. These truckloads of money need to be delivered today and tomorrow and next week - not at the last minute in October to waste on TV ads that don't work. Obama is going to have to "put a body on a body" - his street teams will be dragging people from wherever they can find them for the next 90 days to get them registered, because if we were to vote today he would probably come up short.


You will not get a pure idealist elected president in a country of 300 million people.

I have no official statistics on this crew of "netroots", or progressives, as they call themselves, but I am certain they are mostly self righteous members of the white middle class. You know the ones I'm talking about. McCain's aide Phil Gramm had it wrong about the "imaginary recession" we think we're in, but he had it right when he called us a nation of whiners – this bunch fits the bill to a “T”. When they aren’t bitching and moaning about Obama, they are complaining about their kids, or their job, or the lollipop their mother made them share with their sister in the third grade – there is nothing in the lives of these self centered, self appointed PC police but the indignities they are forced to suffer through for yet another day.

Some of the quotes I've seen at the DailyKos, like these below:

"My wife and I were literally "weeping for joy" as we donated money for CHANGE... but we are not donating a dime for "CENTERISM"."


"Obama is still somewhat of an unknown, even to us, and when he suddenly looks like some weird kind of Republican, votes and dollars will dry up somewhat."


"The sheen, is definitely off. The Fisa Flip-flop and a move to the center. He did it to himself."

sound like preteens whining when the parents promise something and forget to do it. "But mommy, you PROMISED!" Obama is not going to kiss your ass every time you get a boo boo. Being inclusive doesn't have anything to do with being servile - it just means that your opinion will be heard and considered.

I've been the only black guy in the room enough times to know what happens when I show up somewhere I'm not expected. ESPECIALLY when I seem to be in a position of influence. So if you are having second thoughts about Barack Hussein Obama being the standard bearer for your party, quit beating around the bush with these smoke screen issues and just say what's really on your mind. 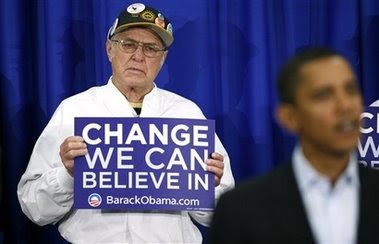