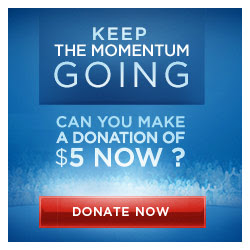 "Statistics are people with the tears washed away." Sociologist Ruth Sidel


On Wall Street, short sellers move in for the kill whenever they sense weakness in a company's financials (see Indy Mac, Fannie Mae, Freddie Mac), pounding its stock relentlessly until better numbers are released. Barack Obama found himself in a similar situation this month when a Wall Street Journal article reported that his campaign would only take in "likely just over 30 million".

News pundits went into overdrive, spinning all sorts of theories as to why the Obama fundraising machine seemed to be sputtering, attributing the slowdown to everything from the recent dust up with Democratic progressives over FISA to the reluctance of Hillary Clinton supporters to get behind Obama.

Had Obama made a fatal error by shunning lobbyist and PAC contributions? many wondered out loud.

Well the numbers are in, and it looks like Axelrod and Plouffe have continued to play a masterful game of managing expectations, much like CFO's do in the corporate world in order to keep the stock analysts who follow their companies bullish about their future prospects.

Wells Fargo beat the street's estimate yesterday, sparking a market rally that erased some of the losses sustained over the last couple of weeks.

With 52 million dollars in donations reported today for June, the Obama Campaign has beat the Wall Street Journal's expectations. Can a rally in support of him be far behind?


The letter below from the campaign this morning announces the June total.

I have some big news we want to share with you.

In the month of June, supporters like you helped raise $52 million. And together with the DNC, we now have nearly $72 million in the bank. That's a very strong financial position to be in.

But we remain at a massive disadvantage to our opponents.

As I mentioned in my video message earlier in the week, the McCain Campaign and the Republican National Committee finished June with nearly $100 million in the bank.

We can't stop now. It's going to take everything we've got to defeat John McCain and his allies in November.

Can you make a donation of $5 now to strengthen our movement for change?

I know this isn't the first time we've asked you for financial support, and it won't be the last.

We have developed a strategy -- a very aggressive strategy -- that will only work if our millions of supporters continue to contribute their time and their money.

That strategy will work, and it has to. The stakes are too high and the need for change too great.

But victory is only possible with your continued help.

We can't do this without you.