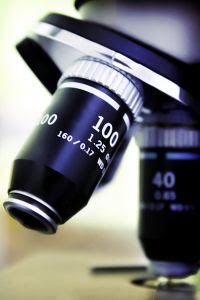 I returned a phone call to my buddy on the way home yesterday while I was in the car.

We chit chatted a bit. “Dude,” I said, “I thought you were at the office late because you were working. Is that a TV I hear?”

“I’m just watching the news. I’ve gotta wait on my IT guy to get finished. Oh – I know what it was I called you about. There was this Chinese guy on TV a little while ago, complaining about the price of gas. He said ‘it’s the Americans who are keeping the price so high, driving all those big cars and trucks all the time.”

“What sense does that make? There are more Chinese than there are Americans. China is about to become the biggest consumer market in the world.”

“That’s what I was getting to – this guy was at a gas station, standing beside his Mercedes S550, watching a guy fill his tank. And he says we’ve got big cars? He had on some expensive shades, some nice khakis – you know, like the guys in our neighborhood wear. The way he was standing, his body language and all, he could have been one of my damn neighbors.”

“Sounds like that Indian chick I had a class with in college. You know the one I’m talking about, she was kind of skinny, with a bob hairstyle. She always wore a Polo shirt with the collar turned up. Khaki shorts and K-Swiss sneakers with white socks. You never caught her in anything else. She wouldn’t even give me the time of day.”

“There you go again. Every woman wasn’t trying to check you out-“

“No, no, she was too skinny for me. But we had at least one class together. I saw her every day. What I couldn’t figure out was how an Indian as brown as her could will herself to be white. I mean, she was dark. Came back from spring break looking like Vijay Singh. But the way she walked, the sorority she was in - she would hide behind those damn aviator shades and act like she fit right in with the white girls.”

“I know what you mean. This Chinese guy, looking at him – something was wrong with that picture, man. The world…the world is turning upside down.”

“Not really. Think about all the other people who came here as a minority and became white later. Look at the Irish.”

“Yeah. You’re right. The Italians did it too. My partner, he’s Italian. His father is almost as dark as me if he gets some sun. I guess they all got in here and hurried to marry somebody paler than them.”

I thought of the irony of our conversation – my buddy’s own West Indian heritage has produced features that are vaguely Indian, and his wife is most definitely paler than him. “The Asians are trying to do the same thing now.”

“What do you mean, trying? They’re already doing it,” my buddy said. “I mean, if I was in charge of being white, I’d claim the Chinese. The white man’s numbers are getting low, now that all the other imports want to revert back to their original tribes.”

“You sound like Dave Chappelle with that “Racial Draft” skit he did on his show. I think the South Africans have beat the U.S. to the punch - they've decided that the Chinese are black.” I had to laugh at myself as I shared this tidbit that I'd picked up from internet earlier, a racial mind bender I'd come across in the middle of my lunch break.

“I’m serious. You watch, the Chinese are going to be the newest addition to the white race. I mean, look at the numbers – it’ll keep them in the majority forever.”

“This election is going to have us looking at race in a whole new way in this country.” I laughed again as I hung up, but the uneasy sentiments behind our crude commentary showed that the concerns about the uncertainty of change were as real for blacks as they were for whites.

The press is already splitting Barack Obama in two - dissecting his background, questioning his allegiance he has to black Americans, spinning theories about what it means to be a black man with a white mother - basically, they are inventing psychological dilemmas for Obama he has already come to terms with long ago.

Whether America wants to deal with it or not, the illusory tenets of whiteness have shaped the policies and practices of our nation for just about all our existence. Even now, as the nation gingerly experiments with the idea of a large scale diversification of our viewpoints, it is discovering that a lot of the minority views are in opposition to the version of living the mainstream of America tends to follow.

This reluctance, even among those who consider themselves to be open-minded and fair, to accept Barack Obama’s candidacy as a fully legitimate outcome of “all men are created equal”, is in a lot of ways a signal of the unease many of our neighbors and coworkers and friends are feeling right now, an unease that is caused by the specter of self-examination. It is not black America, though, that will be under the microscope this fall – it is the limitations and failings of white America that will be called into question as the country examines what this candidacy really makes us see in ourselves.